Fantastic Beasts and Where to Find Them Review: Magic Returns in a Fantastic Way! 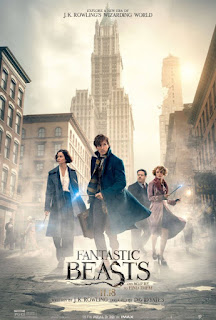 In 2001 moviegoers were introduced to the world of Harry Potter. For ten years the JK Rowling’s novels were adapted to the silver screen and managed to find success with both critics and audiences. Then in 2011 the franchise came to end with Harry Potter and the Deathly Hallows Part 2. As audiences said goodbye to Harry Potter and his friend, it seemed as though Warner Bros would close the door on this fantasy franchise; but that is not the case as now playing in theaters is the next chapter in the Wizarding World films: Fantastic Beasts and Where To Find Them. Directed by David Yates and written by JK Rowling herself, Fantastic Beasts and Where to Find Them takes moviegoers on a new adventure as it begins another set of films based in the Wizarding World. Seeing the all too familiar magic of Harry Potter in a new light made this movie hard not to be excited for, but could Fantastic Beasts and Where to Find Them conjure its way to glory?

Fantastic Beasts and Where to Find Them centers on Newt Schamander (Eddie Redmayne): a Magizoologist who travels to America to get more research for his book. Upon his arrival, Newt finds himself in all sorts of trouble when his briefcase gets swapped with one owned by a “No-Maj” named Jake Kowalski (Dan Folger). Because of this several creatures from Newt’s case are inadvertently released. With the help of a former Auror named Tina Goldstein (Katherine Waterston),her sister Queenie (Alison Sudol) and Jake, Newt sets off to find his creatures before any of them get hurt; but that is easier said than done as Percival Graves(Colin Farrell) and the MACUSA(Magical Congress of the United States of America)  are on their trail after Newt gets caught in the middle of a conspiracy that deals with Second Salemers and a creature known as an Obscurial. 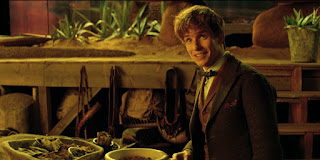 The story to Fantastic Beasts and Where to Find Them was one enriched with adventure. As soon as Newt steps foot in the New York City it does not take long for the plot to get moving. Yet despite its fast paced opening the plot was paced quite well for me to grasp the magnitude of the story; not mention enjoy the plot’s enticing moments. Although the story had an adventurous narrative there has a lot of aspect the made up the plot. Along with Newt trying to get his creatures back was the conspiracy that centered on Percvial and the Salemners which would then affects the lives of No-Majs such as Henry Shaw (Jon Voight) and his senator son (Josh Cowdery). While plot points like the Shaws’ story got lost in the thick of things, it still managed to work thanks everything fitting within the realm of the film’s concept. Aside of the film’s sense of adventure was its world building focus which I felt worked in the movie’s favor. The concept behind the a magical America and how it fitted in with the world of Harry Potter was so investing that I just wanted to see more and more of this new era of magic. The tale to this fantasy film personified in its execution as paved the way for movies to come all the while being self contained in its own events. 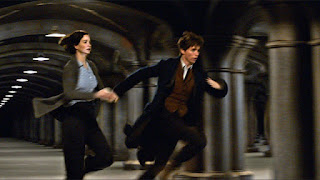 One of the things that made Harry Potter so worthwhile was its cast. Whether it was the three leads, supporting characters or minor ones, everyone managed to stand out in their own way. The same thing could be said about Fantastic Beasts’ cast as it was undoubtedly one of the best formulated ensembles I have seen this year.  Every character, be it a major one or a small part, found a way to be investing. The four leads were all great characters in their own right.. A character like Newt was one that I expected to like (which I did-very much) but I surprised at how captivating the likes of Tina, Queenie and Jake were (particularly Jake). Not only were each of the leads good individually, but they all had wonderful chemistry together. The film’s supporting cast was also intriguing; whether it was Carmen Ejogo as President Seraphina Picquery, or Samantha Morton as the vile Second Salemner leader: Mary Lou Barebone. I was particularly impressed with Ezra Miller who provided a fantastic performance as the troubled Credence Barebone. The character of Percival Graves was not the strongest of villains, but the performance by Colin Farrell made the Auror a convincing character to watch. Along with the cast were the magical creatures whom were all just as great as their human counterparts. This was particularly noticeable with the Niffler who stole the show in all of his scenes. Along with a minor role from Ron Pearlman and a major cameo this cast had everything a movie could need as it brought new kind of ensemble to the Wizarding World.

Given the concept behind Harry Potter it was no surprise that Fantastic Beasts would be heavy in the realm of movie magic. Suffice to say the effects to this fantasy movie did not disappoint as they personified on the magical elements that made the Harry Potter films so enjoyable; all the while having inventive moments such as Newt chasing his creatures through New York that allowed Fantastic Beasts to stand out from its predecessor. The film’s effects helped other factors such as action-which was quite adventurous. Along with the movie’s action was its sense of humor which featured several hilarious moments that had me chuckling throughout the experience. Along with these aspects was the score by James Howard Newton. Where the music ranks with the scores to Harry Potter I cannot say, but I do think that James Howard Newton’s compositions were effective as the soundtrack was riddled with magic and adventure.

The magic is alive and well in Fantastic Beasts and Where to Find Them.  The film does have it share of shortcomings but it more than makes up for them thanks to is adventurous tale, strong cast and wonderful effects. When it comes down to Fantastic Beasts and Where to Find Them is a great deal of things: it is a solid continuation for the Wizarding World, a great film for Holiday season and wonderful movie for the year of 2016.

Posted by Something Cinematic at 3:10 PM