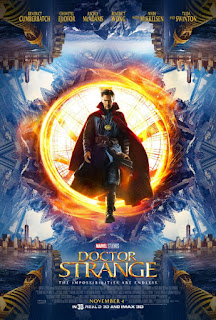 Since 2008 the Marvel Cinematic Universe has taken moviegoers on many adventures. We have seen heroes unite in the likes of The Avengers and have gone to the far reaches of space in Guardians of the Galaxy. At this point it is hard to imagine that there is any new concept that can be brought to the MCU, but that may not be the case thanks to the anticipated fall blockbuster: Doctor Strange. Directed by Scott Derrickson Doctor Strange brings something new to Marvel by dealing with the concept of magic and the mystic arts. Along with new ideas Doctor Strange looked to be a must see this year thanks to its sense of spectacle; but could this Marvel film enchant its way to success or is this blockbuster a poor magic trick?

The Marvel film centers on Stephen Strange (Benedict Cumberbatch): a egotistical neurosurgeon who loses the use of his hands after a car accident. Using all of his resources Stephen tries to find a way to fix the damage in his hands, but no procedure can be done to fix his nerves. In a final attempt Strange travels to Kathmandu after hearing that someone there can heal his hands. Sure enough Strange finds the  person he is looking for in a being known as the Ancient One (Tilda Swinton), Rather than healing his hands the Ancient One shows Strange the mystics arts and the role it plays in the universe. After witnessing the astral plane for himself, Strange seeks to learn from the Ancient One which she reluctantly agrees to. With the help of Karl Mordo (Chiwetel Ejiofor) and Wong (Benedict Wong) Stephen Strange becomes prevalent in a way of mystic arts, but the doctor soon discovers the role the sorcerers play as the world is threatened by Kaecilius (Mads Mikkelson); who seeks to release the being Dormammu from the dark realm. 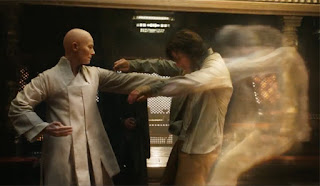 I found the story to Doctor Strange to be expected. Along with following the character’s backstory, this origin followed traits that have been used in many superhero films before it. However the film’s sense of storytelling did work against it as, even with its intriguing concepts, there was nothing new about to this mystical plot. What also hurt the plot’s execution was its pacing. The story rushed in areas, such as Strange’s training, and I felt like this direction prevented the plot from being furthered explored. Yet even with its problems, the story to superhero film was enjoyable. The concept behind the story was investing while its outcome was compelling. The world presented in this film was definitely engaging but I feel the story’s executions held it back from being truly marvelous. 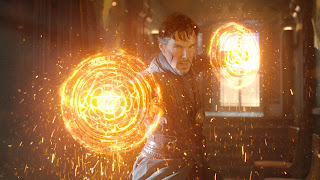 Like any Marvel film (or most superhero films for that matter) the cast to Doctor Strange was a loaded ensemble. In the case of its lead, the movie did feature a strong protagonist in Stephen Strange. The characterization to this Marvel hero was not perfect as Strange’s dilemma could be inconsistent, but the character was enjoyable as Benedict Cumberbatch’s performance truly brought this sorcerer to life. The movie also featured a strong supporting cast. The actors had performances that made each character interesting; particularly Chiwetel Ejiofor as Mordo, Benedict Wong as Wong  and Tilda Swinton as the Ancient One. However, while the performances were effective, the characters could have better fleshed out. This was noticeable with Rachel McAdams as Christine Palmer. McAdams did have a good performance and there were aspect to the Christine that I did like, but because there was little time with her the character had a minimal impact on the overall film. Then there was Mads Mikkelson as Kaecilius. Kaecilus was a typical villain, but he managed to be an effective antagonist thanks to Mikkelson’s performance. 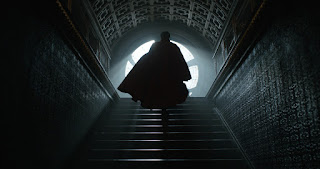 If there was one thing that exceeded my expectations it was Doctor Strange’s sense of spectacle. This element took aspects to their fullest as the film not only had an array of effects but it had creative means in using them.. This was apparent in the movie’s action. The sequences were exciting and rich with movie magic to the point where every action scene stood out. Also aiding in the film’s concept was the score by Michael Giacchino which had a sense of fantasy to it. This direction was definitely evident in main theme to Doctor Strange which I found both mystical and catchy.
\
While it may not be the strongest film from the MCU, Doctor Strange remains to be an effective blockbuster. Even with the issues in both the story and characters, both element managed to work thanks to the likes of concepts and performances. Plus with its use of effects the movie is a spectacle that is worth seeing. While I cannot say that Doctor Strange changes the spectrum of superhero films I can say that, at the very least, this blockbuster redefines movie magic for the Marvel Cinematic Universe-and just movies in general.

Posted by Something Cinematic at 4:44 PM