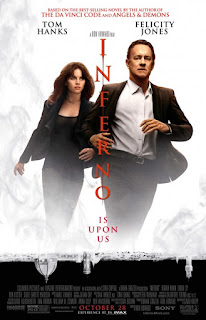 In 2006 the movie world was introduced to Robert Langdon in the thriller The Da Vinci Code. Based on the novel by Dan Brown, The Da Vinci Code blended the likes of history and religion with a major conspiracy, and I for one found the thriller to be enjoyable. Then in 2009 the story of Robert Langdon continued in Angel & Demons which dealt with a conspiracy in the church. Personally I found the 2009 sequel to be just as good as its predecessor. Now the mystery franchise continues with the third installment in the Robert Langdon series: Inferno. Once again directed by Ron Howard Inferno brings a mystery that surrounds the work of Dante. The previews for the film showcased both the mystery and the action behind this thriller, and it looked to be a decent time at the movies. Yet could Inferno be another exciting adventure for Robert Langdon, or is this film a puzzle better left unsolved.

Inferno finds Robert Langdon (Tom Hanks) in a another mystery as the professor is on the run from several parties looking for him. After getting help from a doctor named Sienna Brooks (Felicity Jones) Langdon discovers a Faraday Pointer that shows Sandro Botticeli’s Map of Hell. Upon his investigation of the map Robert discovers that billionaire Bertrand Zobrist (Ben Foster) created a plague called Inferno which will wipe out half of Earth’s population in a matter of days. Aided by Sienna, Robert sets out to find clues about the plague’s whereabouts before it is release as well as get it out of the hands of those who would use it for their own purposes. 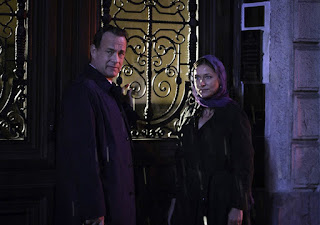 Although the stories to both The Da Vinci Code and Angels & Demons may not have been the most fluent of tales, I still found both plots to be investing for their own reasons. Unfortunately I cannot say the same thing about the story of Inferno. The biggest issue with the plot was its execution. The movie has mysterious elements like its predecessors, but the story does not implement them in a manner that makes the themes compelling. Instead the story goes for a narrative that is reminiscent to a action film’s plot; although I did not find this direction to be too tedious as it allowed Inferno to stand out from the previous films. The story was also plagued with plot errors that made moments, such as Bertrand Zobrist’s influence, questionable. While the story was lacking it did have its share of moments. The narrative did work in a way that had me guessing about the mystery and the payoff to the plot was definitely thrilling. Still this plot was lacking in many areas that prevented Robert Langdon’s third outing to be an major adventure. 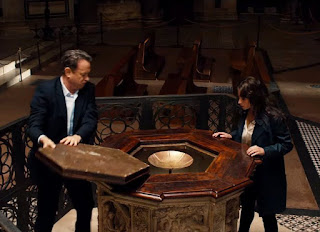 The cast to this thriller did not fair much better. When it came to performances the cast was certainly decent. Tom Hanks and Felicity Jones were solid as the two leads as both had many strong moments and had a decent chemistry together. However the big issue in the cast was its characterization. When it came to Robert Langdon his character felt a bit inconsistent. Granted Langdon suffered from a concussion, so this direction did have some relevance to it; but the dilemma felt minimal as it did not create a significant conflict for Langdon’s character. The same thing, in a matter of speaking, could be said about Sienna. While the character served her purpose there was not much about this doctor that made Sienna a compelling lead; although the payoff for Sienna did help with her execution. When it came to the supporting cast, it was about the same as it was for the leads. The likes of Omar Sy, Sidse Babett Knudsen, Irrfan Khan and Ben Foster all did a stellar jobs, but the characters themselves were not that engaging.  However Irrfan Khan as Harry Sim may be an exception as he would steal the show from time to time. 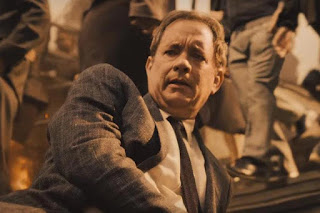 When it came to the direction of Inferno, the film may have been a little too action oriented. While the Robert Langdon series has always a sense of action to it, it felt like this element was more prevalent than the mystery (as well as philosophical) themes that made up this movie. Yet there was a surreal element to Inferno which was evident in Robert’s visions. The visions at the beginning of the film were effective as they set the tone to the film and had creepy imagery. However, as the film progressed, this element died down which I suppose made sense due to Langdon’s thoughts becoming clear. When it came to the film’s music, the score by Hans Zimmer was effective. While there was nothing truly awe inspiring about the score, the music worked for the film and presented different side to Zimmer’s work. Plus the film kept the classic melody to the Robert Langdon series, and there was nothing wrong with that.

It is safe to say that Inferno is not the strongest film in this mystery series. The movie does have it share of moments such as the performances and the movie’s conclusion. However because of its execution, the film  lacked at being truly compelling as several direction in the film had me scratching my head. While Inferno was by no means terrible this installment felt less like gripping experience and more of a puzzling take on the Dan Brown novel.

Posted by Something Cinematic at 8:28 AM