4 Suits for Spider-Man in the Marvel Cinematic Universe 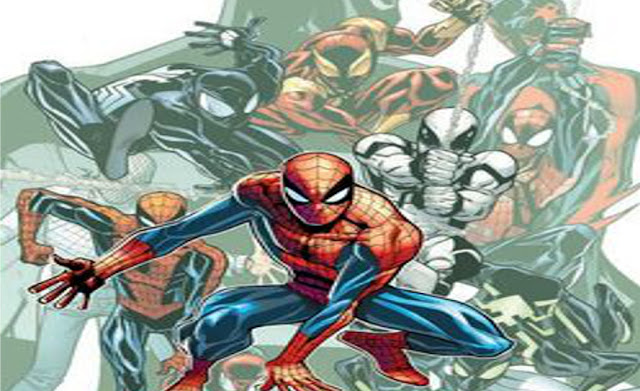 Spider-Man is coming to the Marvel Cinematic Universe. This point is pretty clear by now but one cannot help but be excited to see the web head with the likes of Captain America and Iron Man. Played by newcomer Tom Holland. Spider-Man will be making his MCU debut in next summer's massive blockbuster-Captain America: Civil War. After that Spider-Man will get a solo film that will hit theaters in the summer of 2017 with Jon Watts helming the superhero blockbuster. So it is safe to say that there is plenty to excited about when it comes to Marvel's Spider-Man. Though there is much to look forward to, there is still much on the Spidey's involvement in the MCU that we do not know about as details remain a mystery. One of these mysteries is a most prominent details in Spider-Man: his outfit. Everyone knows the iconic blue and red spandex and it is likely that Spider-Man will be donning this classic attire in the Marvel Cinematic Universe. However one of the most intriguing things about the MCU is how the heroes show off an array of outfits. Spider-Man has had a variety of costumes changes in the comics so it is more then likely that the character will feature other outfits in his coming films. So out of all the costumes that Spider-Man has had over the years, here are just some of the outfits that I would like to see interpreted in the Marvel Cinematic Universe.

Read the full article now on Moviepilot.
Posted by Something Cinematic at 2:34 PM