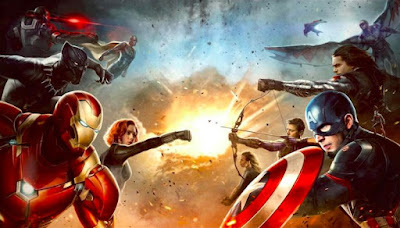 The battle lines have been drawn for Captain America: Civil War. For a while we have known that the next Captain America movie would take elements from the famous Marvel story as Captain America finds himself against his fellow Avenger and friend Iron Man. Last week, a promotional image for the film revealed which characters would be on the side of Captain America and Iron Man. According to the image, Captain America's team consists of Falcon, Winter Soldier, Agent 13, Hawkeye and Ant-Man; while team Iron Man features Black Widow, War Machine, Vision and Black Panther. This confirmation features several surprises, like Black Widow being on Iron Man's side, and I am sure there will be more on the way. Yet just by looking at this image, I can already imagine the fights that could happen in Civil War. A fight between superheroes is not uncommon to see in the movies as the Marvel films have already pitted the likes of Iron Man, Captain America, Thor and Hulk against one another. However with the magnitude of Civil War, this concept could taken to a whole new level. So which fights are a must see in Civil War? There is indeed a variety to choose from, but in this case, I have selected five fights that I hope to see in the upcoming film. Note that these match ups are pure speculation and that this about the fight itself and not the outcome. With that said here are the five battles I would like to see in Captain America: Civil War.

Posted by Something Cinematic at 2:51 PM