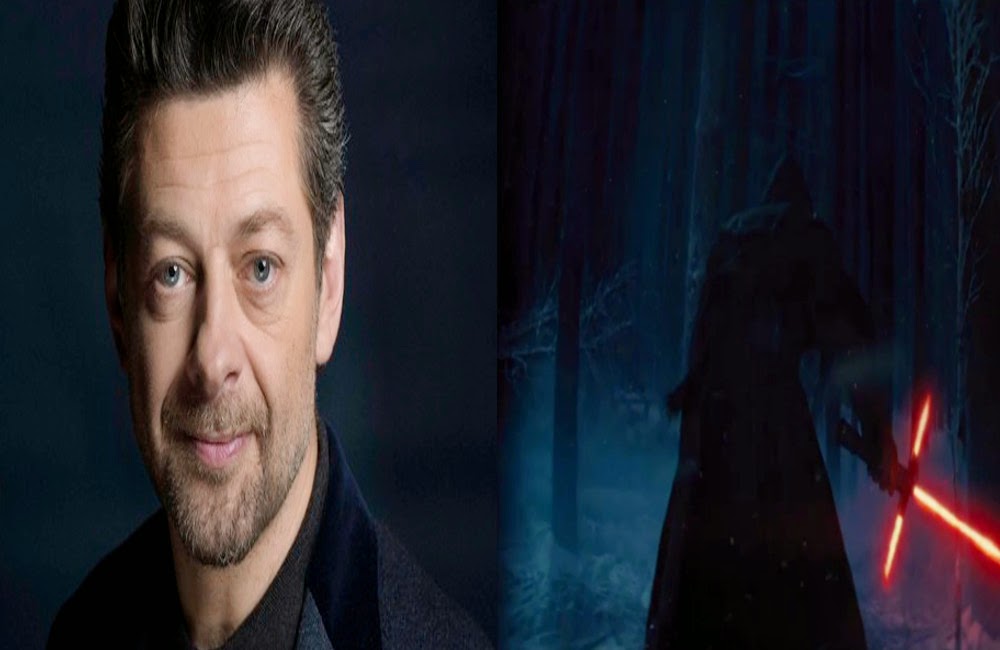 Last Friday, the first trailer to Star Wars: The Force Awakens arrived online. Though it has been a few days, many are still talking about this new trailer as it leaves so many questions. One of these questions deals with a voice over heard in the teaser. In the preview, we hear this ominous sounding voice talking about the Force. From the first bit, my first impression that the voice was Benedict Cumberbatch; However, with the second voice over, you can tell that is not the Sherlock actor. There were several actors speculated but the man behind this ominous voice has been revealed.


It turns out that the voice is none other then Andy Serkis. Serkis, known for his roles The Lord of the Rings and Dawn of the Planet of the Apes, was announced to be a part of this upcoming film months ago. Now with the new trailer, we may have an idea what Serkis' role in The Force Awakens may be. If we can take anything from this update, it is that Andy Serkis is a talented actor; but that may go without saying.

Posted by Something Cinematic at 1:19 PM