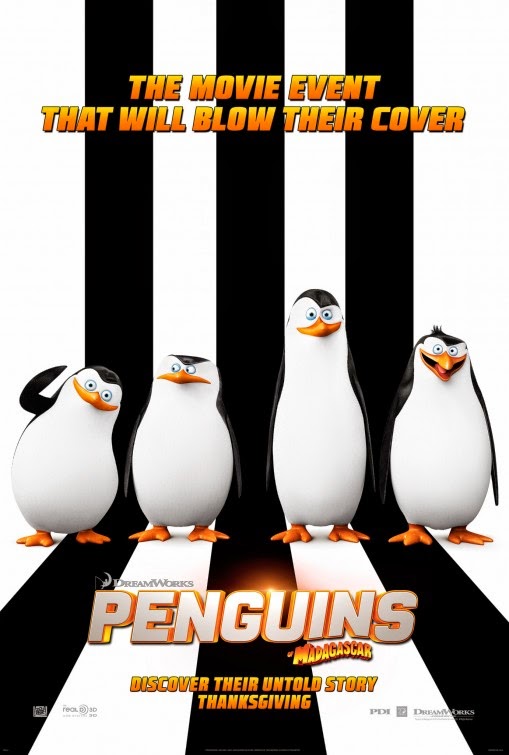 In 2005, moviegoers met a group of zoo creature who found themselves in Madagascar. Madagascar has been one of Dreamworks Animation's most successful franchises thanks to its entertaining demeanor and its cast of characters. While the films centered on Alex, Marty, Gloria and Melman, the characters that stole every time were the Penguins. These four characters proved that are more then flightless birds as they use their covert mentality lead to intense and hilarious sequences in the Madagascar movies. Now these four set off on their biggest adventure yet as the Penguins star in their very own spin-off. Penguins of Madagascar follows in the footsteps of Puss in Boots by giving giving these supporting characters center stage . Yet could the Penguins deliver in a solo film or are these birds better off as supporting characters?

Penguins of Madagascar features the team of Skipper, Kolwalski, Rico and Private as they find themselves centered in a villain's plan for revenge. While trying to stop the villainous octopus Dave (John Malcovich), the penguins have to team up with Agent Classified (Benedict Cumberbatch) and the North Wind to stop this eight armed menace. 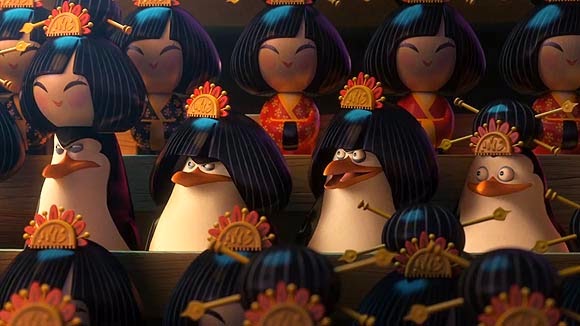 As plot goes, the story to Penguins was simple. The main story was a fun ride and it did fit for the Penguins as well as the world of Madagascar. What holds the plot back are its subplots such as Private trying to prove himself and Kolwalski's love story. These subplots were just there and they did not have enough time to either strive or play a big role in the overall film. Aside from that issue, the plot was passable for a Dreamworks film. 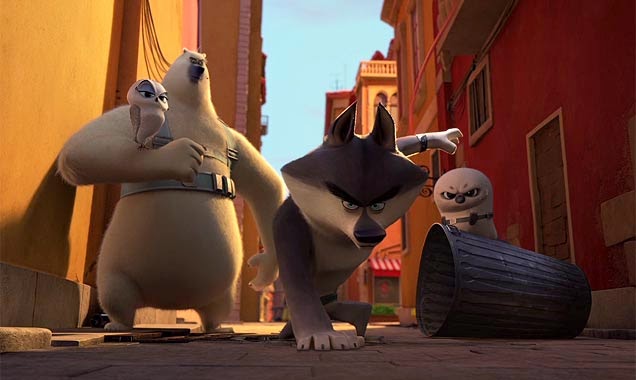 Once again, the penguins steal the show. The four work great as a unit as they did in their first appearance. As individual characters, the penguins' growth was moderate. Of the four, Skipper had the most believable development with him questioning his own leadership. Though Private has a centered role in this film, his development came off as expected as he was trying to prove himself to his fellow penguins. The penguins did not have bad direction, but it did come off as something that has been again and again. The new characters to the Madagascar series were alright. Cumberbatch's performance as Classified was solid as he played a straight forward character which lead to several funny moments. John Malkovich's role as Dave played to the actor's strength. However, the notorious octopus was quite possibly the best villain from this animated franchise. Aside from those performances, the other characters were only there and they had no time to a good sense of direction. 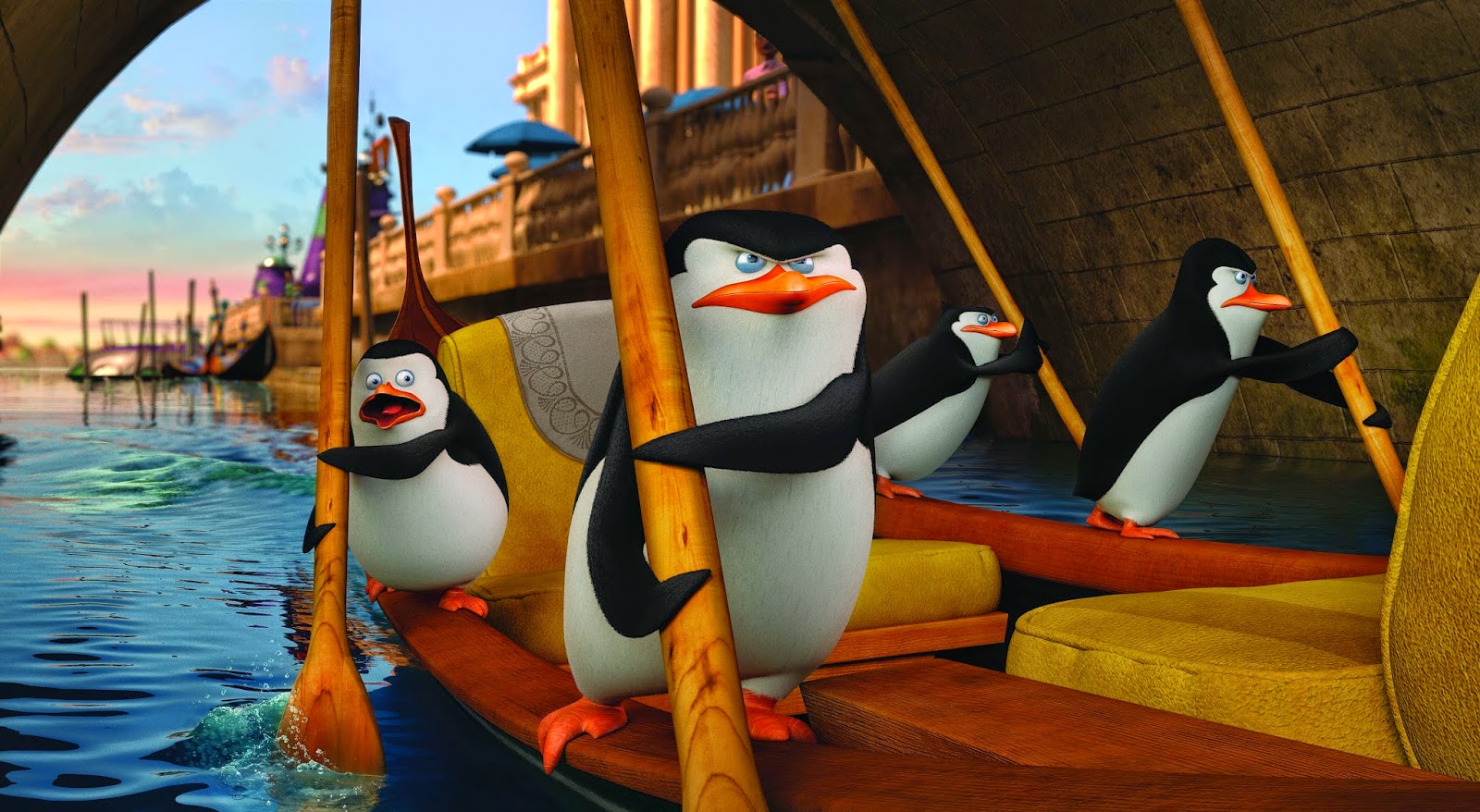 The Madagascar franchise has always been known for humor, and this spin-off is no exception. The comedy to Penguins was more subtle then it was over the top. Some of the best moments came from the deliver of dialogue oppose to relying on antics. This direction was a surprise for not just the film, but the whole Madagascar franchise. The animation was standard. It kept true to the style of Madagascar, but there was nothing stellar about the animation; but that is not to say it was bad. 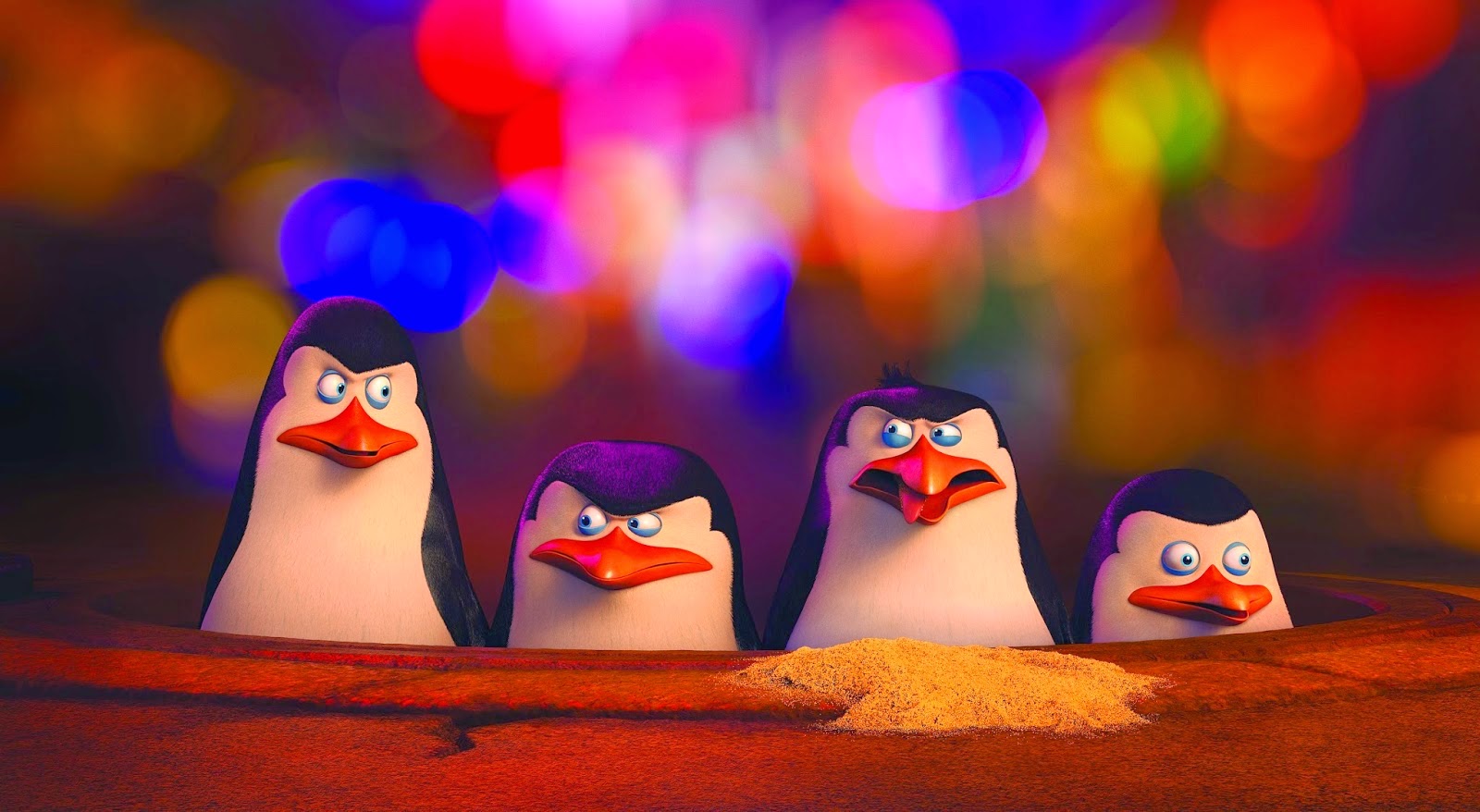 Penguins of Madagascar was a good continuation to this animated franchise. While this spin-off has its flaws, such as subplots and character direction, it was a still an entertaining time at the movies. If anything, Penguins showed that the concept of spin-offs are indeed effective in the world of animation.

Also check out this review on Moviepilot!
Posted by Something Cinematic at 11:18 AM