The Hobbit: The Battle of the Five Armies Review- A Satisfying Conclusion For The Middle Earth Saga 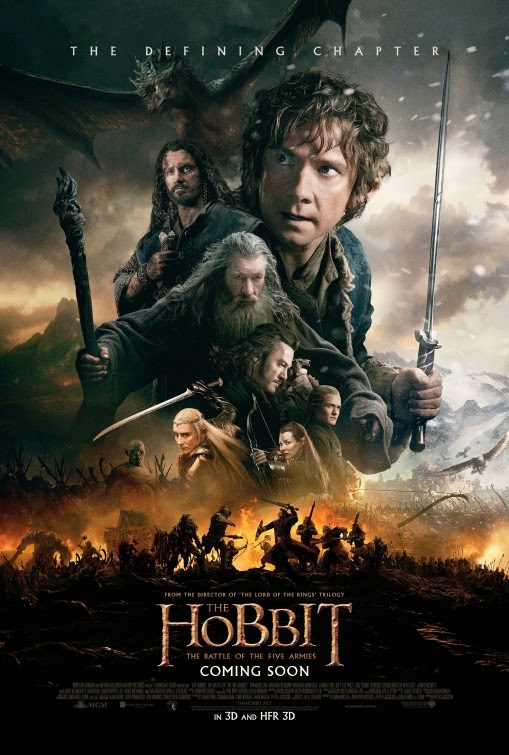 In 2012, moviegoers set off on another adventure to Middle Earth. After 11 years of speculation, The Hobbit at long last came to the silver screen; and Peter Jackson would again guide viewers as the films' director. Along the way, there have been many changes to The Hobbit; such as the series turning into a trilogy and films getting new titles. Now we have come to the end of this journey. After two years of following Bilbo Baggins and the Dwarves, we have reached the final chapter in the The Hobbit Trilogy, The Hobbit: The Battle of the Five Armies. This film would not only signify the end for The Hobbit, but be the final piece in The Middle Earth Saga and bring this six film franchise full circle. With a lot riding on this film, was The Hobbit 3 a fitting conclusion to The Hobbit; and did it close The Middle Earth Saga properly?

Picking up where The Desolation of Smaug left off, Bilbo (Martin Freeman) and the dwarf company have reclaimed The Lonely Mountain. However the hobbit's adventure is not over yet as Thorin (Richard Armitage) goes mad with greed and armies march towards Erebor seeking the mountatin's riches. As the races of Middle Earth quarrel, they discover that the real enemy looms over The Lonely Mountain, and with it: The Battle of the Five Armies begins. 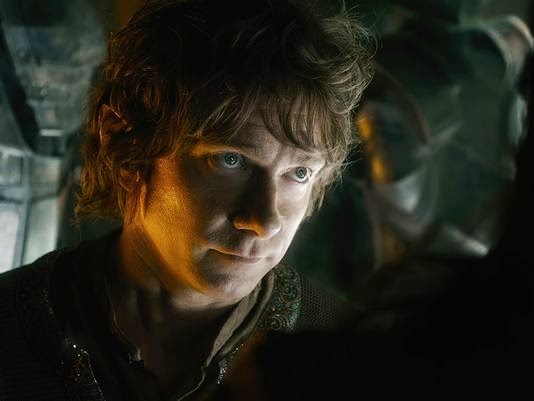 The Hobbit 3 had a fast paced story, but seeing as this was the last chapter in the Hobbit, the pacing was no surprise. Yet even with its fast moving plot, the story managed to thrill with its drama and it created enough build up to the upcoming battle. The movie also completed plot points previously established in the series such as explaining Thorin's greed. While this plot may not be able to stand alone, the story's structure was fitting to end this trilogy, and it did make for a satisfying finale.

The Hobbit Trilogy has been full of rich characters. With this being the end, it only made sense that this cast to make their last stand in development. Thankfully every character had something to offer in this film; even if some of the cast did have much screen time. Martin Freeman and Ian McKellen were fantastic as usual; while the likes of Orlando Bloom, Evangeline Lilly, Lee Pace and Luke Evans made for great supporting characters. However the one to steal the show was Richard Armitage as Thorin. Armitage has been great as the dwarf leader, but he truly shined in this film with a performance filled with sinister intentions as well as redemption. Add more moments of Benedict Cumberbatch's Smaug, The White Council in action and various characters appearing by the film's end and you an ensemble fitting for any movie. 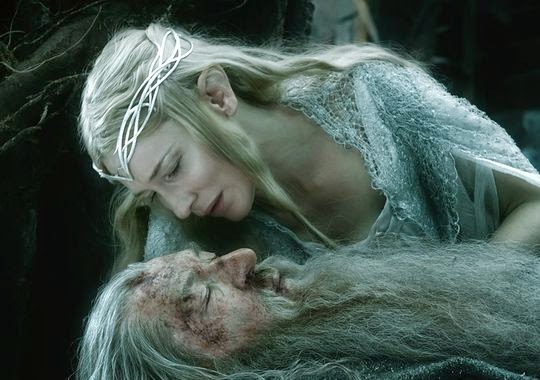 Like the previous films, The Hobbit 3 had wonderful technical elements. The effects for the film were fitting for any spectacle; and the score from Howard Shore was as good as it has been since the beginning of The Hobbit. These technical aspects led to astonishing moments for the film. From the opening scene to The White Council's duel against The Nazgul, the moments in this film were full of tension fitting for any epic. Last and certainly not least was the battle of the five armies. It is hard to say where this battle measure to the likes of Helms Deep and Minas Tirith. However this massive sequence was full of action and outstanding showdowns; which had me on the edge of my seat. In my opinion, you could find no better example of a fantasy battle then that of The Battle of The Five Armies.

While this film did not turn out the way I thought it would, I found myself satisfied with The Battle of The Five Armies. It may not the be the strongest movie in series, but The Hobbit's last film accomplished at what it needed to be. The Lord of the Rings will always be classics in my eyes, but The Hobbit stands on its own as a one of a kind trilogy. To sum it up: The Battle of The Five Armies is a fitting conclusion for this three year adventure, and it is a satisfying culmination to this epic series.

Posted by Something Cinematic at 10:06 PM