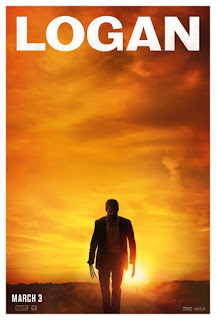 Since 2000's X-Men one character has helped to establish the franchise and become a prominent player in the movie world and that would be none other than Wolverine. This X-Men fan favorite character has appeared in eight films with Hugh Jackman taking up the claws on every occasion. However it is time for Hugh Jackman to complete his 16 year journey in the new X-Men spin-off Logan. Directed by James Mangold (whom directed The Wolverine) Logan inspired by the famous comic story Old Man Logan. To say that there is much riding on this film might be an understatement; so does Logan end this iconic portrayal in a blaze of glory?

The film centers in a distant future where an aged Logan (Hugh Jackman) continues to survive after the loss of the X-Men and taking care of a frail Charles Xavier (Patrick Stewart). However when a mysterious girl named Laura (Dafne Keene) arrives at Logan's door, the Wolverine is forced backed into things as he deals with cyborg mercenaries called the Reavers led the tenacious Donald Pierce (Boyd Holbrook). After discovering that Laura has more in common with him that he thinks Logan find himself on the run with the girl and he, as well as Prof.X, must get X-23 to safety. 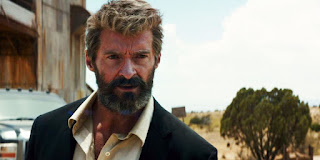 There are many words to describe the plot to Logan: captivating, thrilling, gripping, dramatic and all these would be fitting descriptions. Yet I think, at its core, this superhero tale is a character-driven story about a figure that many have come to know for many years; and in that case the story is quite acceptable. The story throws viewers into a world that is very different to the X-Men series but manages to keep true to the concepts behind the franchise. When it comes to its structure this story is paced very much like an action film, but that is not take away from the plot's effectiveness. The story knows how to be exciting all the while emphasizing on the importance to Logan's final adventure. However the story is not invulnerable. There were several plot points, such as Logan's sickness or the villains' story, that could have been further explored upon, or they just got lost in the film's gripping nature. Yet it is thanks to the story's execution that kept these flaws at bay and made this tale worthwhile to see. 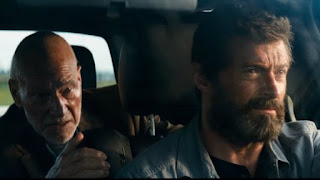 For over a decade, Hugh Jackman has been nothing but impressive as Wolverine. No matter how many times the actor came back to play the X-Man he always seemed to be spot on in his portrayal. Jackman's final take on Wolverine was no exception-in fact I would go as far to say that this was Jackman's strongest take on the character. The movie features Logan in a dark place and becoming the hero he once was is easier said than done. This development was understandable for Logan and Hugh Jackman's performance certainly brought this aspect to life. Along with Jackman's stellar performance was Patrick Stewart's final role as Xavier. The film puts Prof.X in a direction that has been unknown to the character and Stewart truly shines in this role; plus his portrayal meshes vert well with Jackman's Wolverine. Yet even with these veteran performers Dafne Keene managed to steal the show just as much as her co-stars. Although she had few lines Keeme was able to speak volumes with her expressions. While the film had prominent leads I wished the supporting cast was just as strong. The supportin characters had their moments, particularly Callihan(Stephen Merchant) and Pierce, but their limited time prevented them from standing out. Yet despite this issue the cast was fitting for this X-Men spin-off as direction on strong leads gave this factor the proper edge. 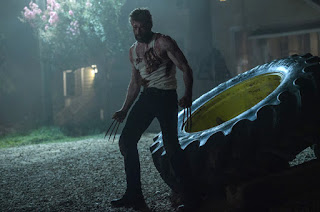 The X-Men franchise, and most superhero films for that matter, is no stranger to action. Yet despite the series' multiple thrilling Logan easily some of the most gruesome and ecstatic action in the entire series. The film's gutsy moment spins circle around the likes of Deadpool as the action was exciting and fitting for the character of Wolverine. Logan sense of action is reflected on its gritty tone and direction. Much like the previous Wolverine spin-off this film had a subtle atmosphere to it , but it was handled in a manner that felt appropriate for both the movie and the X-Men franchise.

As a film in the X-Men franchise and a superhero movie Logan is dynamic. Yet I cannot say that this spin-off is perfect as its quick sense of storytelling and rough direction does get the best of it at times. However with its stellar performances and strong presentation Logan more than makes up for its shortcomings as it turns out to the most intense X-Men spin-off to date and a fitting way to conclude Wolverine's tale.

Posted by Something Cinematic at 1:20 PM