The Jungle Book and the Disney Film that Can't be Remade 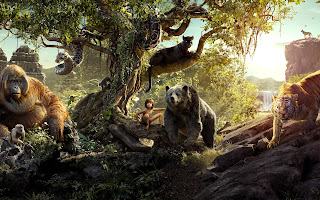 This Friday Disney brings another one of their classic to life. This time moviegoers will be heading into the wild in The Jungle Book. Directed by Jon Favreau The Jungle Book is a retelling of the classic 1967 film; not to mention the story in which it is based on. The trend of classic animated films getting a live action take does not stop here. This summer moviegoers will head back to Wonderland in Alice Through the Looking Glass (the sequel to the 2010 adaption); and next year one of Disney's most cherished films, Beauty and the Beast, will be joining this trend. Things only continue from there as there is take of bringing series such as Aladdin and 101 Dalmatians back to the silver screen with new interpretations. It seems that Disney is determined to reimagine their animated classic and give them new films for fans to enjoy. Yet as I ponder on these new set of films, I feel that are some movies from the Disney Vault that simply cannot be brought back in this format. Among these forbidden films is the one that solidified and the Disney Renaissance and is recognized as the studio's most cherished feature. I speak of course of none other than The Lion King. 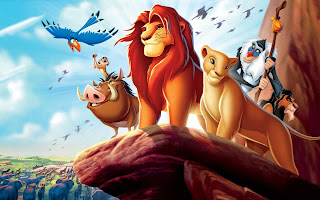 The success of The Lion King is no mystery. Since its release in 1994, the film has received some major accolades by achieving various awards and gaining massive critical acclaim. To this day The Lion King is recognized as one of Disney's best features. So why would it be taboo for The Lion King to receive a live action interpretation? The likes of Beauty and the Beast has just as many achievements as The Lion King and that film is getting a live action adaption. When it comes to the Lion King I think the movie falls under a category of films that simply cannot be remade.

To be honest with you I do not have a problem with remakes or reimagination of popular movies. As long as the feature can presents something that adds to the source, I am comfortable with seeing new take on classic movies. However even I have to admit that some movies just cannot be remade, and The Lion King is among that list. The timing of the film's release and its overall presentation is something I feel cannot be simply recreated. I think that no matter what a live action Lion King film does, it is always going to be compared to the original to the point where any anlyzation of the film will likely have a biased towards it.

However, for the sake of debate, let us just say that Disney does decide to make a new Lion King film. If that were the case then making a new Lion King would be difficult but not impossible.  It is possible that a new take on the 1994 movie can be done in a way that cane just as effective as the animated classic . A good example of this would be The Lion King Broadway show. The show features the story that everyone knows, but it is told in a different fashion. This kind of imagination could be used to create a new Lion King movie, but there would still be hurdles for this new features to jump through. So no matter what, a new Lion King movie would have uphill battle; but it would not be impossible to bring this speculated film to the silver screen.

There is no denying that this trend of Disney films has been successful, nor does it appear that these films are going away anytime soon. Yet despite its success, there are some Disney movies that are not fit for this venture; and I feel The Lion King is one of these films. Yes it is possible for someone to create a new take on the classic, but there are several factors that could easily work against it. As far I as I can tell it seems that Disney plans to leave The Lion King be, and I for one think it probably best to leave the classic in the era that defined it
Posted by Something Cinematic at 9:13 AM