Where in the MCU is The Time Stone ? 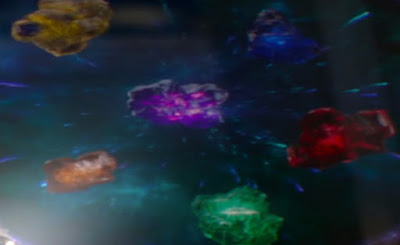 As we leave Marvel's Phase 2 and prepare for the next part in the MCU, four out of six infinity stones have been accounted for. In Captain America: The First Avenger, as well as The Avengers, we witnessed the power of the Tesseract; which was confirmed to be the space stone. Then in Phase 2 three more stones appeared. Thor faced against the power of the Reality Stone, known as the Aeather. While the Guardians of the Galaxy witness the force of the Power Stone which was contained inside the orb. Finally in Avengers: Age of Ultron it was revealed that Loki's Scepter housed the Mind Stone. Now two stones remain: the Soul Stone and the Time Stone. While I have a pretty good guess where we might see the Soul Stone, Time is one that has me scratching my head. As the name suggest, the Time Stones allows the user to manipulate time. The stones powers include time traveling, premonitions and even manipulating age. Out of all the stones, the Time Gem is the hardest one to place just where it should debut. With everything that has been presented, I have narrowed the search to at least three places where the Time Stone could make an appearance. Note that this is speculation, but for now, these are the best areas I can think of that would suit the Time Stone.

Read the full article now on Moviepilot.
Posted by Something Cinematic at 1:38 PM