The wait is over. As advertised, the full trailer to Star Wars: The Force Awakens has hit the web. The preview made its debut on ESPN during the evening's coverage of the NFL. With so many eager to see the new preview, it was no surprise that Lucasfilm and Disney released the trailer immediately after its television appearance.

This trailer leaves me without words. To put it simply: the new trailer stands out from its predecessors by presenting the film in a unique fashion. Showing off spectacular sequences as well as compelling plotlines, The Force Awakens looks to be a film that stays true to the Star Wars name all the while bringing something new to Saga; which is precisely what I want to see. Needless to say: I'm excited! 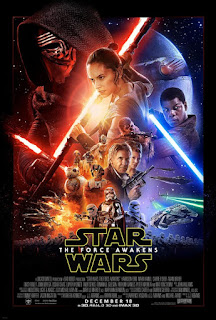 The posters to the Star Wars Saga have always been impressive and this new sheet is indeed  no exception. The poster features various characters, plot elements and showcases the continuing battle of good vs evil. Just by looking at it, all that really be said is that official sheet to The Force Awakens is a poster worthy of the Star Wars' name.

Even with the release of this poster, news for the The Force Awakens is far from over. News suggest that a new trailer for the film will be hitting the scene this week. So stay tune as more on this new adventure begins to unravel.  Star Wars:The Force Awakens hits theaters on December 18th. 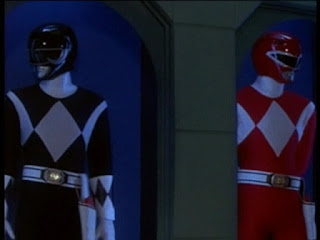 Power Rangers Reboot Receives its Red and Black Ranger
While I'm not completely on board about a  new Power Rangers movie, the fact remains that this reboot is happening. The movie based on the popular television series will make its theatrical debut in January 2017, and the film will be directed Project Almanac's Dean Israelite. While much is unclear about this adaptation, the movie is assembling its rangers. First was Naomi Scott who will play Kimberly; aka The Pink Ranger. However this week, the film revealed on its Instagram Page that is has added two more rangers to the cast.

Earlier this week, Dacre Montgomery was cast as Jason/the Red Ranger; which was followed by the announcement of Ludi Lin playing Zack/the Black Ranger.  What to make of these casting choices is unclear. As far as I know, I have not seen any of these actors' work; so I cannot say that would make for bad interpretations to this classic Power Rangers. Though I am skeptical about this  reboot, I am willing to see how it plays out and I do wish these actors the best of luck in their major roles. 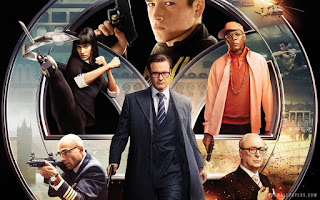 Kingsman 2 Comes to Theaters in 2017!
Earlier this year the movie world was treated to the spy action blockbuster-Kingsman:The Secret Service. To this day, the film remains one of my favorite film from 2015. However, as much as I love the film, I was not holding to hope that the studio would make another movie. Well apparently that is not the case as Twentieth Century Fox will be bringing Kingsman 2 to the silver screen in the Summer of 2017. The film will star Taron Egerton as Eggsy; however it is unclear whether or not Matthew Vaughn will come back as the director.

While I was not expecting a sequel to Kingsman, I certainly will not object to another installment. If the sequel can hold true to its predecessor's fantastic atmosphere, then hopefully we will be in for one enjoyable blockbuster. Though how this sequel will play out remains to be seen. We will just have to stay tune for more updates.  Kingsman 2 is scheduled to hit theater on June 16,2017. 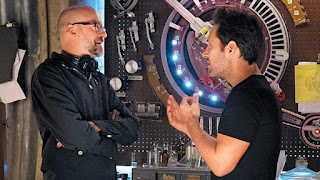 Peyton Reed returns to direct Ant-Man & The Wasp?
When Peyton Reed came in to direct Ant-Man, people were definitely skeptical about this comedic director helming a superhero movie. However this summer, the director proved the naysayers wrong as Ant-Man was another hit for Marvel Studios. It seems that Reed did such a great job with Ant-Man that Marvel has asked him to direct another MCU movie. Though it is not confirmed, it is likely that Peyton Reed will direct the sequel to Ant-Man: Ant-Man & The Wasp.

Reed returning to direct Ant-Man & The Wasp is the logical choice. With Reed already paving the story of Ant-Man, it only makes sense that he should continue the tiny Avenger's story. You will here no complaints from me as I thought Peyton Reed did a fine job directing Ant-Man. Needless to say, we will have to wait and see just how this story develops. 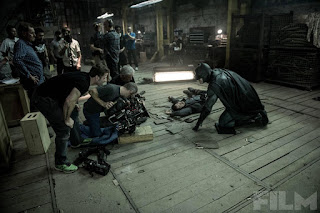 New Updates to Batman v.Superman: Dawn of Justice
We are getting closer to the release of Batman v.Superman: Dawn of Justice. With movie merely 6 months away, it is no shock that more content for the movie will be appearing in the coming season. The latest on the massive superhero film comes from a variety of sources. From the entertainment magazine, Total Film,  Dawn of Justice featured new images for the movie which include screenshots and behind the scenes pics. Along with these new images were various interviews with the actors in the film such as Amy Adams (Lois Lane), Scoot McNairy and Michael Shannon (General Zod).  Also interviewed was the director himself Zach Synder where he discussed Batman and how his inspiration from the classic story, The Dark Knight Returns, is more about look and less about story.

The latest images from the movie do not present a garner of content. Two images are shots that have been seen from trailer, so they presented nothing new;  but the other two pics were good as gave us a behind the scenes look to the film. However the more interesting note here is the interview from Zack Snyder. While inspiration from The Dark Knight Returns was understandable, it is pleasing to see that Snyder wants keeps aspects to the Frank Miller story to a minimum so he can create his own take on the Dark Knight (at least that is what it looks like from this interview). Needless to say the interview is an interesting development for Dawn of Justice. Batman v.Superman: Dawn of Justice hits theaters on March 25, 2016.


Jessica Jones Trailer Hits
While moviegoers look forward to the Marvel Cinematic Universe films, the studio continues to expand in the likes of its television and web series. Earlier this year, Marvel made its presence known on Netflix with the series Daredevil. Now the studio continues its lineup Marvel Netflix Series continue with Jessica Jones. The series will follow former heroine Jessica Jones (Kristen Ritter) who is picking up the pieces of her life by becoming a private investigator. The series will debut in November, but now viewers can finally see what is in store for the series as Marvel and Netflix have released the full trailer to Jessica Jones.

The preview shows the Jessica's tragedy is trying to get over as she starts her work as a private investigator. We get see Jessica begin a relationship with the soon to be hero Luke Cage ( Mike Colter). Yet the most compelling part of the trailer is Jessica on the trail of Kilgrave (David Tennant); the brainwashing villain who is the cause of Jessica's tragedy. Continuing themes in Daredevil, Jessica Jones definitely has a darker tone to it. However it certainly looks compelling with its crime aspect as well as its characters. I was compelled to watch the series before, but now my anticipation has been raised tenfold.

Posted by Something Cinematic at 10:52 AM