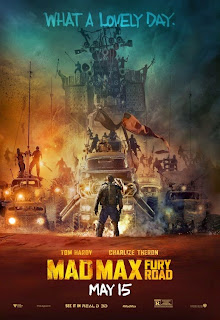 2015 seemed to be filled with iconic franchises making returns. Moviegoers will be treated to the fourth installment to the Jurassic Park franchise later this summer; while the Star Wars Saga continues with The Force Awakens later this year. However, the franchise in question does not deal with dinosaurs or the force, but rather an apocalyptic world where fuel drives people to the brink of insanity. The series I speak of is none other than Mad Max. Since the 70's, director George Miller has brought the tales of Mad Max to the silver screen and many moviegoers have come to know the action trilogy. Now the fourth installment, Mad Max: Fury Road, has arrived in theaters with George Miller once again in the director's chair. Personally I feel that this series has been daunting and inconsistent, so I could not help but be skeptical for this new installment. So when walking into the theater, the question on my mind was could Fury Road make this naysayer into a believer?


This new film stars Tom Hardy as Max. Max finds himself a prisoner of the warlord Imortan Joe (Hugh Keyes-Byrne). However Max is not a prisoner for long as Joe and his men chase Furiosa (Charlize Theron): a driver who abducts Joe's brides in order to free them. Max finds himself alongside Furiosa and the unlikely allies must work together as they lead a group trying to survive their pursuers. 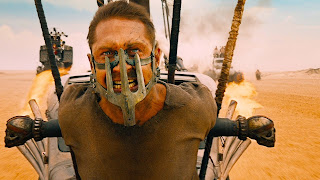 Fury Road's plot is straightforward as a story can get. It does not take long to get into the main premise and the conflict to the plot is fairly simple. Yet while the structure was simplistic, that was not to say the movie's concept were not effective as the plot was commanded by the movie’s world. Thanks to this idea’s implemented in this film, the crazed world of Mad Max was able to shine through. The end result to Fury Road’s story was an exciting and intriguing adventure that seemed to be a perfect fit for this action franchise.
It is not easy for an actor to bring a new factor to an established character, but I feel that Tom Hardy's Max was just as good as his predecessor Mel Gibson. Max was very much a silent warrior in this film and the story was not solely directed on Max's development. I found this to be an interesting direction for the protagonist as it made Max into an outsider looking in; which made sense for the character. Alongside Max was Charlize Theron as Furiosa. Though her development was a tad on the standard side, Furiosa was indeed a strong character and Theron's performance was fantastic. Together Hardy and Theron made for perfect leads this crazy movie. 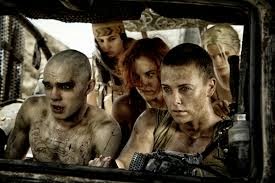 The supporting characters may not have stolen the show, but they were effective. The brides of Imortan Joe turned out to be interesting oppose just being background characters. Nicolaus Hoult had a solid performance as the mad follower Nux. While he was crazy, the development of Nux surprised me and the role allowed Hoult to show his versatility. While Imortan Joe was not the most interesting movie villain, he was still effective as he (along with his followers) had a certain method to their madness. 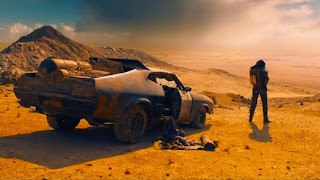 The action to Mad Max: Fury Road is likely the thing viewers will take away from this movie, and that is certainly not a bad thing. Fury Road's action was beautifully executed and had a sense of variety to it. Whether it was a chase scene or a fight sequence, there was indeed an attention of detail to the action element. The cinematography was also something to behold. There was creative use of color in film’s shots and it allowed Mad Max's concepts to be that more effective. The movie's editing was good, but it could be questionable at times. Though it did not hinder the film, some of the shots and effects used in the movie were a bit disconcerting; like using a white flash when someone got hit and having crazy zooms to characters’ faces. Rounding out the technical elements to the movie was its score. While the music may not be the best soundtrack this year, Junkie XL’s score was very much fitting to the world of Mad Max as it had a crazed sound to it.
For someone who is not a fan of Mad Max, I must take my hat off to Fury Road. For the first time in this series, I found the ideas to be insane; which exactly what I should feel with a franchise called Mad Max. Plus factors such as story and characters were engaging and kept intrigued throughout the entire two hours. Where this movie will stand with the rest of the 2015 lineup is hard to say, but I will not deny that Mad Max: Fury Road was a surprise as this crazy adventure is definitely a blockbuster worth seeing.

Posted by Something Cinematic at 3:30 PM