Well this was certainly a surprise. With no warning, the first trailer to Fantastic Four is now online. The Fantastic Four have not been on the silver screen since the 2007 film Fantastic Four: Rise of the Silver Surfer; which was the a sequel to the 2005 movie. With both films not being a major success, Fox decided to cut their losses and drop anymore continuation to the Fantastic Four franchise. However, for a while now, the studio has been working on a reboot film for Marvel's First Family; and this movie will be helmed by Chronicle director Josh Trank. For the longest time just about everything on this reboot has been a mystery. Now we can finally get an idea of how this film will play out. So what can we take away from this first preview? Did this trailer showcase enough to get invested for this superhero movie? While I am sure there is more to be decipher from this film, here are the moments and themes I found in the teaser trailer to Fantastic Four. 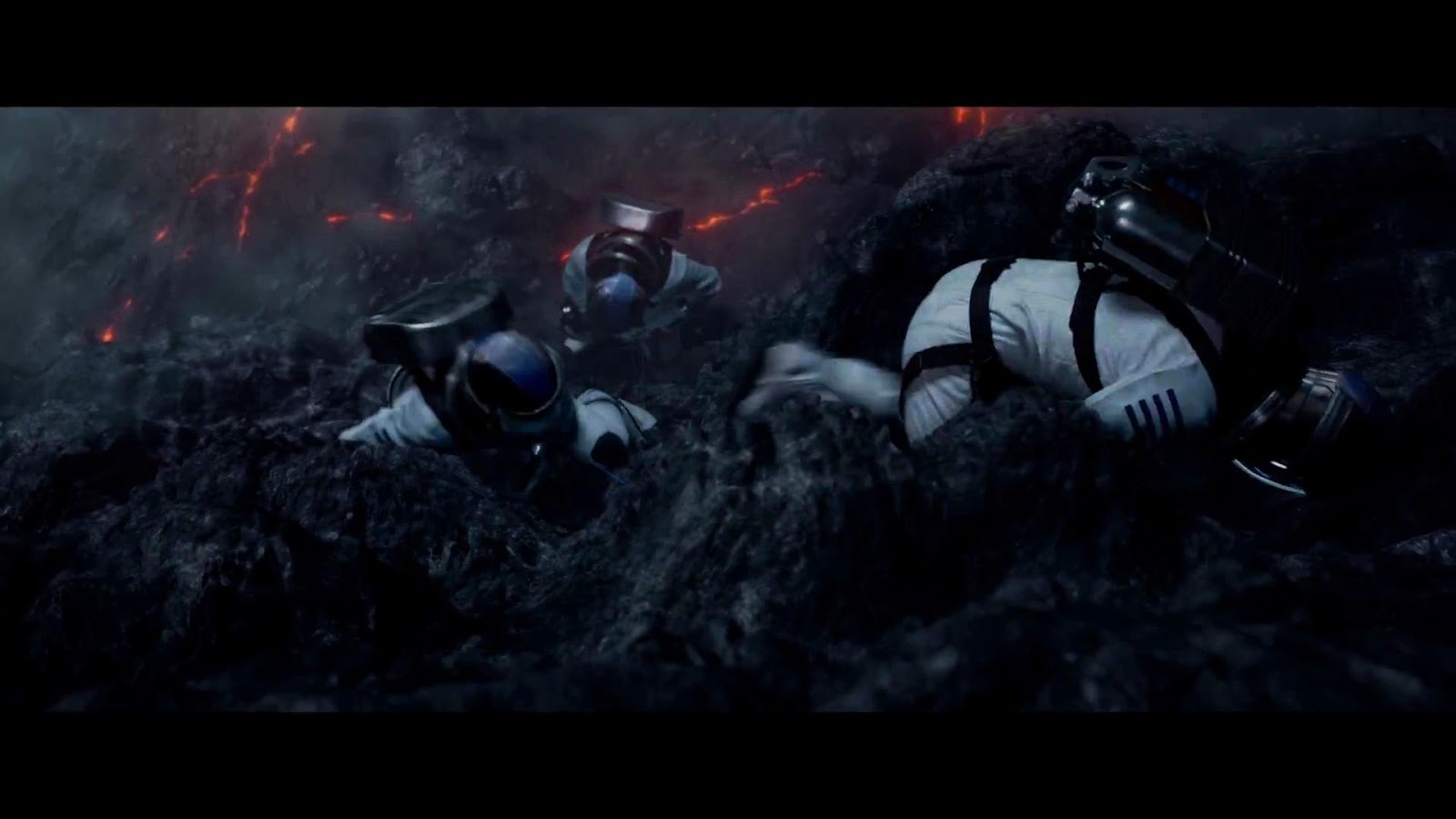 Throughout the trailer, a voiceover plays as the disembodied voice discusses the nature of mankind and its need to progress and discover. While this dialogue may remind you of movies like Interstellar, the voiceover implements a major element for the film; which is that this reboot will be very much a sci-fi film. The way the trailer presents itself, it feels like the filmmakers are going for a sci-fi feel to this supehero movie. Is this a bad thing? Absolutely not! While the Fantastic Four have always been a prominent group of superhero, one of things that define them is that they are also explorers. The Four usually deal with the likes of aliens and other dimensions. From watching this trailer, the idea of the Fantastic Four being explorers is definitely there; which only strengthens the science fiction factor of the film. While it appears that the filmmakers are treating this film like a sci-fi film oppose to a superhero movie, this trait could definitely play to Fantastic Four's advantage by making this blockbuster different from other films in the comicbook genre. 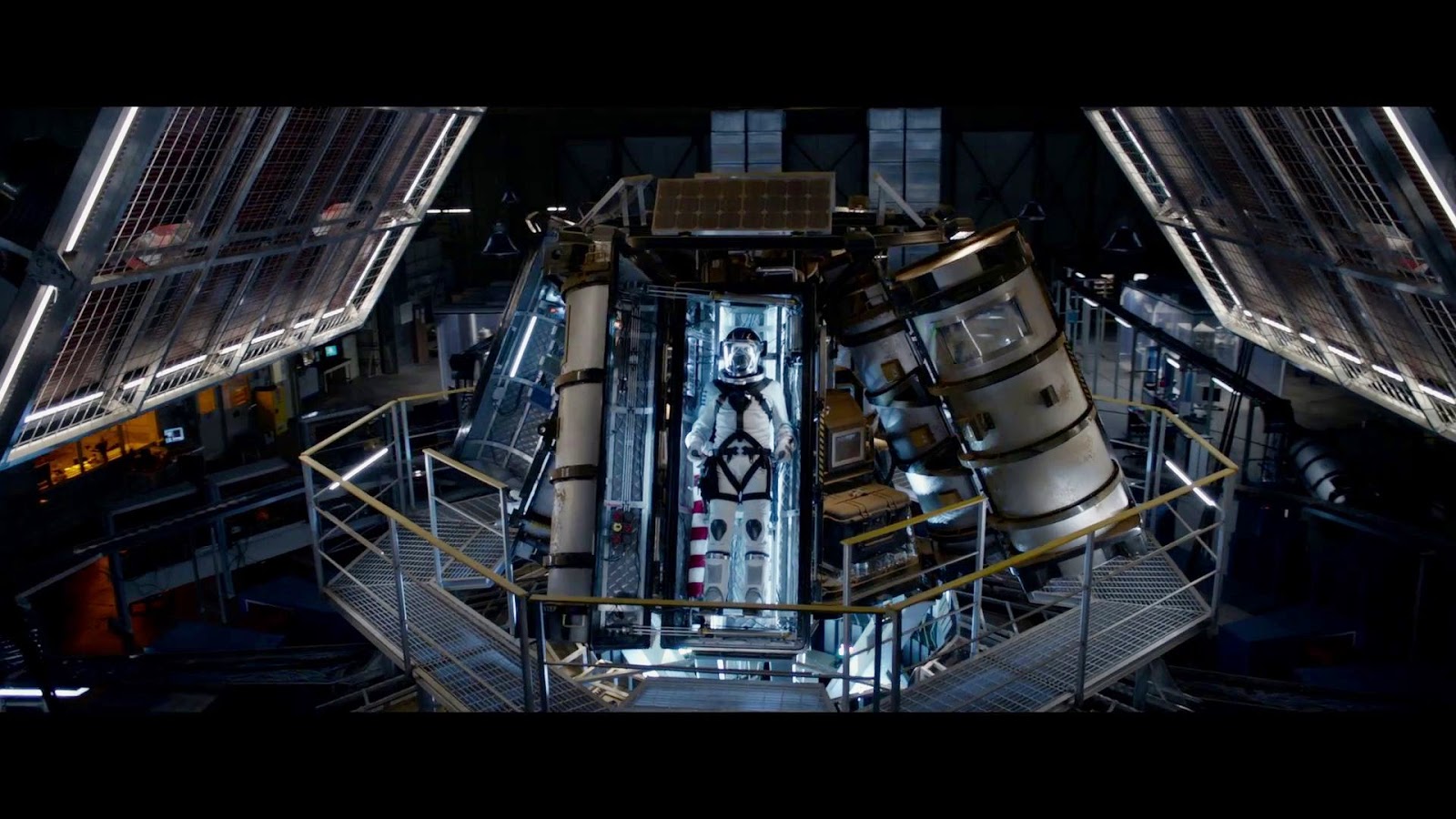 As comic fans know, the backstory of the  Fantastic Four deals with the group gaining their powers by absorbing cosmic radiation during a flight in space. As we can tell from this trailer, that origin has changed. Earlier details stated that the four would be exploring another dimension and they would gain their abilities through the energy of the alternate universe. It has also been stated that the story does follow points from the origins of Marvel's Ultimate Fantastic Four; but I digress. It is a standard case for superhero movies to change the heroes' origins in order to fit the film. The trick to making this work is keep true to concept behind the characters' origins, and I feel that this is present in the upcoming film. While how much time will be on the Four developing their powers remains to be seen, but it seems that the movie has the right idea in retelling the Fantastic Four's origins while trying something new.

Moment: Getting to Know the Four 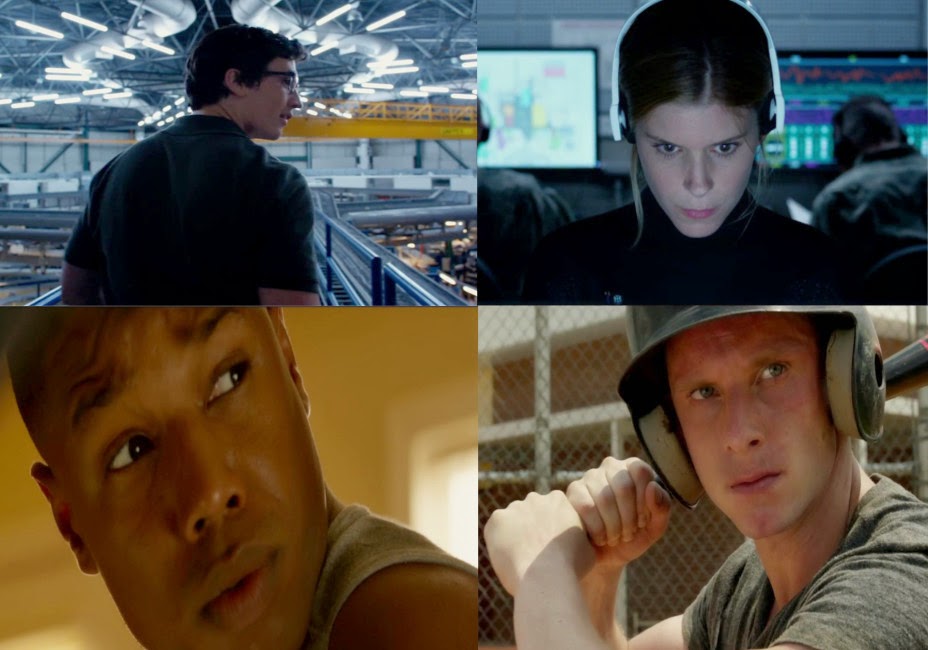 Seeing that is the first trailer to the reboot, it would probably be wise to showcase the four main characters; which the teaser does. However, though we see all four, we do not get a proper introduction of the characters; nor do any of them speak (with the exception of Reed). However, while we do not see much of the four characters, I believe that the trailer does enough to give viewers a proper idea of the heroes' personalities and traits. Perhaps the biggest concept of this is Reed Richard as we get to see a little of his backstory. Yet even just a shot of Ben Grimm playing baseball is enough to get a concept of the character's personality. Each member needs to have a good sense of character to make this movie work; and even though we see very little of them in this preview; I feel this reboot is in the right direction when it comes to developing the Fantastic Four. Then again, how well the four work together is another matter entirely. 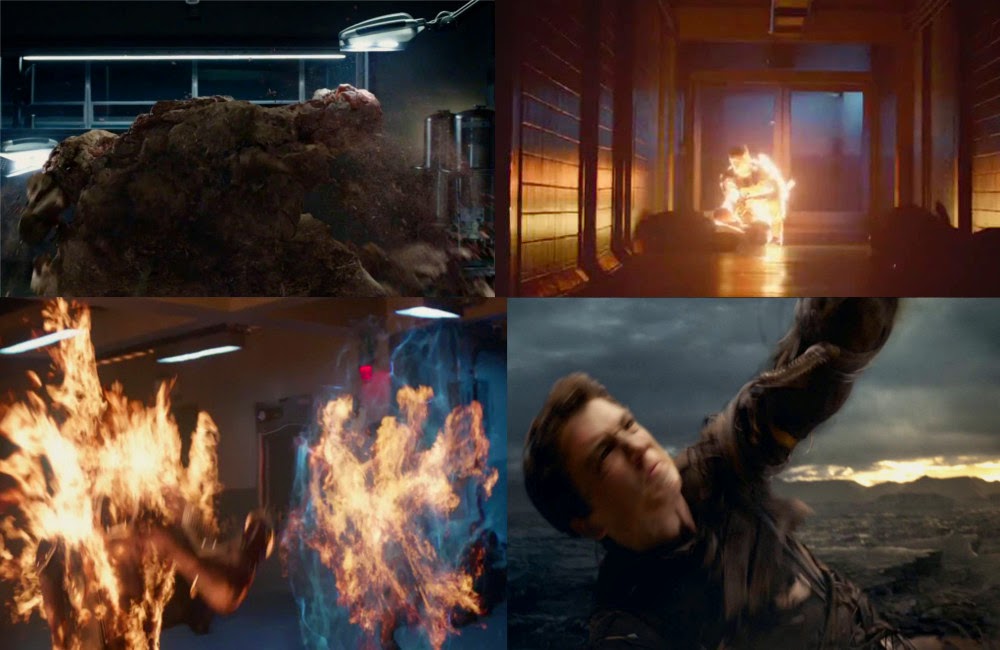 Seeing that this is a superhero movie, you would think that the characters' powers would be on full display. However that is not the case for this teaser. The super powers take a backseat to the exploration theme presented in the trailer. This is not to say that the teaser did not show off the Four's abilities. The preview showcases each of the characters' powers without any singular ability taking center stage. Seeing that this is a teaser, not showcasing the Fantastic Four's powers was not a bad move. The preview gives us just enough to know that the powers are there. Plus the fact that we do not see them in their entirety could prove useful in the case of anticipating this upcoming blockbuster. How the superpowers play with the sci-fi element remains to be seen, but hopefully the abilities of the Fantastic Four will great to see in the movie's final cut.

While there is still plenty of time between now and the film's release, I must admit that the teaser to Fantastic Four left an impression. The trailer presents Marvel's First Family in a very different light; and if the film keeps true to themes presented in this teaser, then it could definitely work in the blockbuster's favor. The movie can still go either way, but for the time being, I find myself anticipated for this superhero flick thanks to this trailer.

Posted by Something Cinematic at 2:04 PM