The Hunger Games Re-Review: The Event the World Should See? 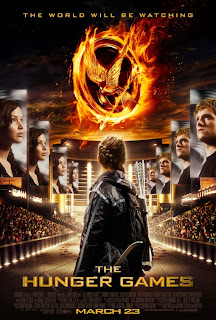 With The Hunger Games: Catching Fire hitting theaters this week, a realization occurred to me:I don't think made I made an official review for The Hunger Games (well, aside from the podcast).  As most know by now, The Hunger Games was an adventure film based off the popular book series by Suzanne Collins. The film hit theaters on the spring of  2012 and it certainly made a big time impression. The film did well in the box office and got some stellar reviews. Yet of all the things about the film, then one thing that got to my attention was the tag line "the even the whole world will be watching". So was The Hunger Games in fact the event that whole world should see?

Despite knowing nothing on the story walking into the film, I have to say The Hunger Games had an interesting plot. When it comes to movies, the concept of survival games has been done before, but it's been  a while since we have seen a good plot with this concept. What I loved so much about Hunger Game's story was the build to the event itself. The movie gave us enough time to understand the world of the Hunger Games while building up the story of Katniss and Peeta. When it does get to The Hunger Games, I think story paces itself well. It didn't feel too long, but it wasn't too short either. I think the story was perfect those just getting into The Hunger Games. 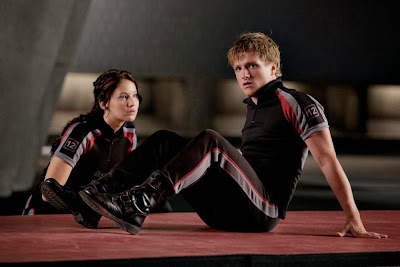 With a big film like this, you need to have a big time cast. The film is led by Jennifer Lawrence who plays Katniss Everdeen. If you are looking for a strong female lead, look no further. Lawrence's portrayal of Katniss showed off a young woman who was both caring and tough as nails. I wasn't sure what to feel about Peeta (Josh Hutcherson), but think that was the point. Until the end of the film, Peeta  felt like the odd man out. You can see that this game would not end well for the guy; but in end, it does. If anything, this only helped Peeta as a character. I also liked the supporting the cast. All the characters stood out, especially Woody Harrelson as Haymitch.  I wasn't expecting much from the character,s but what I got was a cast that left me impressed. 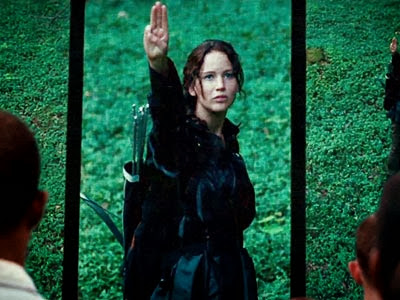 I came to like the overall world of The Hunger Games. There was just something about it that stood out. The film had a subtle approach to capture the future world of Panem. While I did enjoy the cinematography, I can't deny that the shaking cam for The Hunger Games could be annoying at times. Aside from that, I think how the film was handle was an interesting way to showcase this world of survival.

I can't say the movie made me a fan of book series, but The Hunger Games still caught my intrigue. The film throws you into a world of survival and just so happens to have a engaging story and characters. It may not have been on levels of films like The Lord of the Rings or Harry Potter, but The Hunger Games is great film for Lionsgate, and just a good film.

Posted by Something Cinematic at 8:43 PM