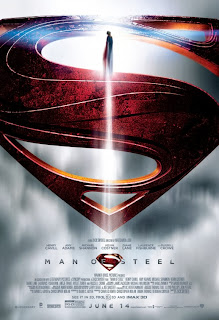 In June 14,2013, director Zach Snyder had the privilege to bring Superman back to the silver screen in Man of Steel. This reimagining was well hyped as many moviegoers and Superman fans were eager to see this Superhero blockbuster. However, when it hit theaters, the movie received a massive backlash. Many were outrage at what Zach Snyder and writer David Goyer did with Superman. I myself was no to thrilled with the film's presentation. So I spent a few months thinking that Man of Steel might have been another miss for Warner Bros and DC Comics. However, the more I thought about the Superman reboot, a question came into my head:  was the film really that bad? The more I thought about it, the more I realized that maybe the film did have something to offer. So I bought Man of Steel on blu-ray/dvd last week and my second viewing finalized my opinion.


When I first saw Man of Steel, I wasn't too thrilled with how the story played out. I thought the constant shifts between  Clark's early years and him discovery his heritage was too disconcerting. However, the second time through, I thought the plot's structure was unique. Instead of giving us the usual origin story, Goyer gave us a different approach to Superman, and I think it works. I think the plot gives us everything we need to know about Superman, but i tells the story in through the perspective of Clark and how he will change the world. 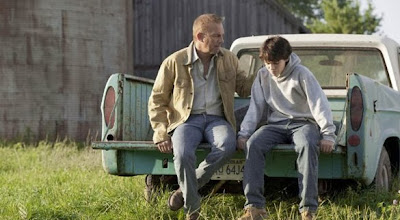 In the case of cast, my highest compliments go to Henry Cavill as Clark Kent/Superman. He really brought the humanity to the character. Yet, while Cavill felt right for the part, I couldn't say the same thing for the rest of the cast. That is until now. Amy Adams could have used more development as Lois Lane, but she still fit that character perfectly and she was able to bring Lois to the 21st century. Michael Shannon gave a fantastic performance of General Zod. Zod in Man of Steel was complex; always thinking that what he was doing was the right thing. Zod was never seeking power. He only the ability to bring back his race, and that made him different kind of supervillain. Even Kevin Costner and Russell Crowe came to surprise me as they both brought something different to Johnathan Kent and Jor-El. It may not have been the ensemble I was looking for, but Man of Steel still had an ensemble.

I know at first glance, Man of Steel just seems like another Zach Snyder film, but I think this might be one of Snyder's best work. There was an attention to detail in just about everything. For example: the design to the Kryptonians and Krypton itself was outstanding. It gave us something different and the filmmakers really put some thought into the race's design and ideals. The action in film should be commended. The fight sequence are some best you can see in a superhero film. Sure you can argue that the CG wasn't great, but in case of what the filmmakers created on screen, I'm not complaining. 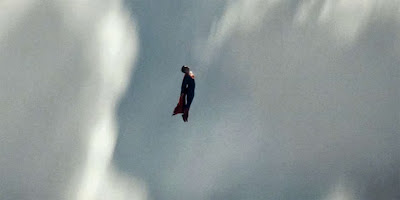 Aside from certain scenes, why was it that so many people came to dislike Man of Steel? While issue may vary, I think the biggest problem comes from people's expectations of a Superman movie.  Superman has played a big role in pop culture that we come expect to see him in a certain way. So when fan's expectations were not met in Man of Steel, they turn their backs on the film. While everyone is entitled to their own opinion, I feel that Man of Steel has gotten unnecessary hate. The film tried something new by establishing a different kind of Superman in a different kind of universe; and no, when I say different universe, I don't mean Superman being in the real world. On the contrary, I think it is the real world that is being molded into the world of Superman, and thus giving us the DC Cinematic Universe. So in the end, I think Man of Steel did accomplish something.

While Man of Steel might not have had the impact like Richard Donner's Superman, it was still a great film. The film brought the classic hero into a different light; and while it might not apparent, the movie still brought the ideals that Superman stands for on the silver screen.  Zach Snyder has created the bridge to the DC Cinematic Universe, and in my opinion, Man of Steel is the best Superman film yet (well not including the animated films).

Posted by Something Cinematic at 10:00 PM