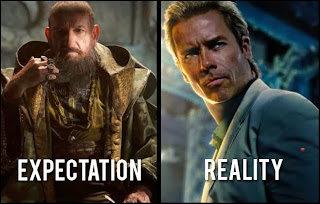 When Iron Man 3 hit theaters, fans were ecstatic to see the Iron Avenger finally take on his arch enemy: The Mandarin. However when the film hit, fans' anticipation was not satisfied.  Going to spoiler territory (you've been warned) it turns out that Ben Kingsley, who was slated as the the Mandarin, was actually a man named Trevor; and Aldrich Killian (Guy Pearce) was the real puppet master. This character twist received amassive backlash. Oh sure, the film might have received stellar reviews and made box office records, but fans were not please; all because of the Mandarin twist.

Yet, was the twist really that bad? As a fan of Marvel Comics, I can understand the frustration. Many were eager to Iron Man take on his arch enemy; and that's not what we got. Yet, here is something to consider: if you don't know who The Mandarin is, does that make the film's villain a bad one? Taking out the villain's history, the Mandarin's direction for the film did work. Seeing that were two characters calling themselves the Mandarin,neither could receive solid development; but he (or better yet they) still work as a film antagonist. 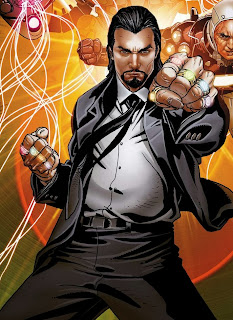 However, you can't the feeling that the villain you know from the comics was not depicted well in Iron Man 3.  Yet, was the Mandarin truly misrepresented? Giving it some though, I don't think he was. In fact, the twist only showed off the history to the character. Like any villain from the 60's, The Mandarin started off as a diabolical genius. However, over the years, the Mandarin has been depicted as a master manipulator who does his best work in the shadows. I think the character evolution of Mandarin was represented in Iron Man 3, with Ben Kinglsey as the retro Mandarin and Guy Pearce as the modern take. Looking at that way, the film accomplished at giving The Mandarin a unique cinematic portrayal; which gave Marvel Studios a villain that stands out. 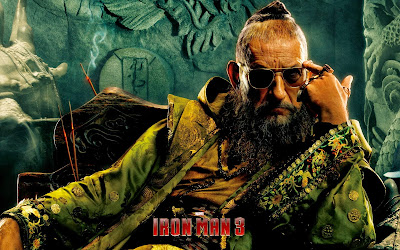 So the Mandarin didn't out the way we wanted in Iron Man 3. Does that mean the villain was tarnished in the film. It depends on your point of view. Sure, Ben Kinglsey turned out to be the most British man in the world and  Aldrich might have been cliched at times, but you know what: you never saw it coming; and I think that's what counts. It may not look like it now, but the Mandarin Twist was beneficial for Marvel Studios as it gave their cinematic universe a different kind of villain.


Posted by Something Cinematic at 7:13 PM