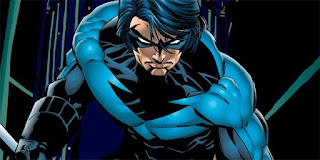 Nightwing Production Postpone-Why It Makes Sense
For some time it has been established that Chris McCay, director of The Lego Batman Movie, has been working on a Nightwing film. The movie will take place in the DC Film Universe and center on Batman's former sidekick Dick Greyson. However it seems that this Spin-Off will not lunging onto the silver screen any time soon as reports state that the studio is holding off on Nightwing's production. While this may seem disheartening, this update is not unexpected. Although the details are not clear it seems likely that Nightwing's production is being halted due to The Batman. The Batman is in the works, but there is no word on when the superhero film will begin production. So it would make sense that the studio would want Nightwing to tie into the Dark Knight's solo film as soon as it begins production. So WB holding on Nightwing is not without reason, and who knows may be the wait will be beneficial for the Batman Spin-off. 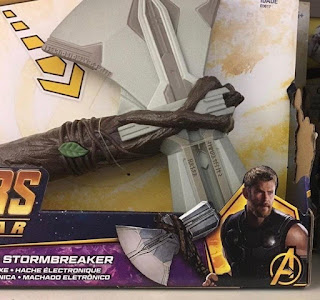 Thor's Hammer in Avengers: Infinity War Revealed?
A lot of questions surround Avengers: Infinity War and among the topics is none other than the God of Thunder: Thor. Thor has been featured in both the trailer and the Super Bowl TV spot and on both occasions the Mighty Avenger is seen not wielding his hammer Mjnoir. This is not surprising as Thor lost his hammer during the events of Thor: Ragnarok. However many have speculated that the God of Thunder will be armed with a new hammer for Infinity War, and new details certainly help with this claim. Images from the Hasbro toyline indicate that Thor will have a hammer called "Stormbreaker". Now it is possible this hammer is just made for the toyline but it is just as likely that the hammer could be Thor's new weapon. For starters the hammer resembles Thor's weapon in Marvel's Ultimate Series. Furthermore the name Stormbreaker comes from the character Beta Rey Bill who is known for processing the power of Thor. So it is possible that this new hammer will be Thor's weapon in the fight against Thanos; but even if it is not true this still indicates that, one way or another, The God of Thunder will be swinging some kind of hammer in the upcoming installment. 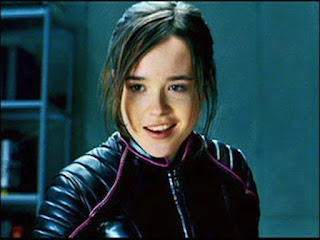 Tim Miller and Brian Michael Bendis Working on New X-Men Film-Possibly About Shadow Cat!
With Disney purchasing Fox the future of the X-men franchise is uncertain. While some expect the likes of Wolverine and Deadpool to join the MCU that may not be case (at least not anytime soon) as Fox is still moving forward with their hit franchise. A cased point of this word of a new project being worked on by Deadpool's director Tim Miller and comic book writer Brian Michael Bendis. The Hollywood Reporter stated that the duo would be working on a project called 143 and it indicates that the movie may possibly center on popular X-Men member Kitty Pryde aka Shadow Cat. Kitty has played a part in the X-Men series with her appearances in both The Last Stand and Days of Future Past where she played a supporting role in both films. Nothing confirms that Kitty Pryde will be take center stage for this new movie, but she would be a good choice to do so if these details do end up being true. A movie center on Shadow Cat could further explore the character by going into her origins and even have Kitty lead her own team of X-Men. Whether or not this movie does end up being about Shadow Cat is up in the air, but regardless it is interesting to see how the filmmakers will move forward with both this upcoming project and the X-Men franchise itself. 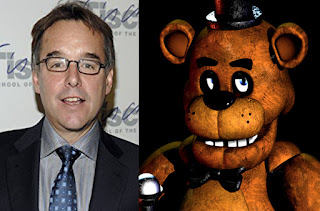 Chris Columbus to direct "Five Nights at Freddy's"-Is He The Right Man for the Job?
Most have probably heard of Five Nights at Freddy's. The horror video game has become a pop culture phenomenon in recent years as its popularity has expanded into other mediums such as books; and now Five Nights at Freddy's looks to be heading to the silver screen. For over a year Blumhouse Productions have been developing a film adaptation on the game, and it looks like production on this new horror movie could be underway as Five Night's at Freddy's has found its director in Chris Columbus. Columbus is known for his work on Home Alone, as well as its sequel Home Alone 2: Lost in New York, and the first two Harry Potter films. While his notable movies are far from the realm of horror Chris has dealt with darker territory before as he wrote the script to Gremlins. When thinking of the horror genre Columbus is not a name that one tends to think of to helm a scary movie. However this is not to say that Chris Columbus is not up to the task. Aside from his background Columbus is no stranger to making adaptions and he seems to have an understanding of source material. Chris Columbus is a different choice to direct such as Five Night's at Freddy but that does not mean he is a bad one as Columbus could very well shock moviegoers with his adaption of this video game.

New Trailer to "Incredibles 2"Shows the Humor of Raising a Superpowered Family
For years many have wondered if their would be a sequel to Pixar's hit film The Incredibles, and sure enough there is. The superpowered family returns to the silver screen this summer in a new adventure directed by Brad Bird. The movie's development has been kept under wraps but this past week gave moviegoers a clue of what Incredibles 2 will be about thanks to a new trailer arriving on the scene. The preview centers on Mr.Incredible (Craig T.Nelson) taking care of the family as Elastigirl (Holly Hunter) fights crime in order to bring superheroes back to active duty. The trailer also features Mr.Incredible dealing with his youngest son, Jack-Jack, who is developing a multitude of powers. If you are expecting the new trailer to reveal more on the story, you may be a little disappointed as it only give the bare minimum of details. Then again Pixar is known for keeping their plots a secret until the last minute, so featuring a brief preview is not a surprising move by the studio. Nevertheless if the trailer is any indication then it is possible that Incredibles 2 will keep true to its predecessor by being a stylish and entertaining animated feature. 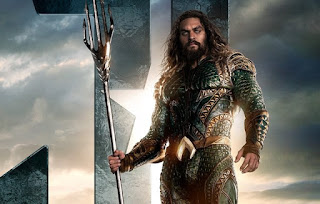 When to expect the First Trailer to "Aquaman"
The DC Film Universe has a tamed schedule this year with its release of Aquaman. Directed by James Wan the upcoming superhero film will center on Arthur Curry/Aquaman (Jason Mamoa) and adventures in the seven seas. The movie will swimming onto the big screen this holiday season but that has not stop many to wonder when they can expect Aquaman's first preview. News on the trailer did appear this week as composer Villalobos Jr supposedly posted an image that showed him working on the first trailer to Aquaman. The image turned out to be a fake, but it still raises a question: when could the first trailer to Aquaman appear? If I were a betting man I would say that the earliest possibility for the trailer's debut would be this spring-March to be precise. Warner Bros. has a major releases coming out next month, and both could easily feature the first preview of Aquaman in their trailer lineups. Then again the trailer could end not being attached to either film, and if that happens then it is possible for the teaser to appear at the start of the summer with the release of Avengers: Infinity War. It all depends on how far trailer is in its development. There is plenty of time between now and the film's release, but with the way things are going it does appear that moviegoers will get their first glimpse of Aquaman in the not to distant future.

That's all for now. If any of these stories stood out to you, or if there were some that left out, feel free to discuss it below. For now have a good day and see you next week with another Cinematic News Reel.

Posted by Something Cinematic at 4:11 PM