The BFG Review: Big Adventure is Charming and Creative 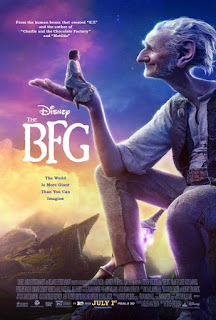 If there is one filmmaker who has helped to define the term movie magic it would have to be Stephen Spielberg. For years Spielberg has brought some of the biggest films to life from Raiders of the Lost Ark to Jurassic Park. It has come to the point where the director's reputation has helped to define the term blockbuster. So what happens when this acclaimed filmmaker collaborates with Walt Disney Pictures for the very first time in his career?  Evidently you get the film known as The BFG. This new fantasy adventure is not your typical blockbuster as it comes from the 1982 novel by Roald Dahl; the author behind stories like Matilda and Charlie and the Chocolate Factory. So when you have the creativity of Roald Dahl being adapted by the likes of Stephen Spielberg, there is no doubt that there could be enormous possibilities for the blockbuster. Yet is The BFG a worthy adaption to the Dahl's novel, or does this big time adventure get cut down to size?

The story of The BFG follows a young girl named Sophie (Ruby Barnhill). One night when roaming the halls of the orphanage, Sophie sees a massive creature roaming the streets. It turns out this creature is a giant that goes by the name the Big Friendly Giant; which Sophie renames BFG (Mark Rylance). Once being seen BFG takes Sophie to his home where the two unlikely misfits form a friendship. However trouble finds the duo when a band of giants led by the Fleshlumpeater (Jemaine Clement) wreck havoc in both giant country and England. So to stop these massive bullies, Sophie and BFG come up with a plan to get rid of the gang and it involves getting help from the Queen of England (Penelope Wilton). 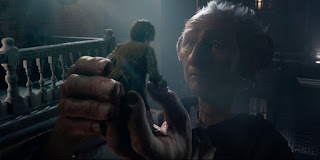 The story behind the grand tale was a simple one. At its core The BFG is about two unlikely characters forming a strong friendship; and when it came to this concept, the story to this film was quite effective. However there was an issue that I found within this plot and that was the story's structure. The structure to this tale could be both sporadic and excessive. The matter of structure may have been affected due to the original story, but I still felt that the plot could have been dealt with in a more effective manner. Be that as it may the plot behind this film was both enjoyable as well as adventurous.

Seeing that the story of The BFG primarily follows two characters, it only made sense for the duo to lead this cast. Thankfully this pair was quite effective as both Sophie and BFG were enjoyable as well as likable. Mark Rylance shows off his range as the friendly giant while Ruby Barnhill has an impressive performance as Sophie. Together the duo had a chemistry that I could not help but love. The rest of the cast on the other hand was good, but I felt like they could  have left a better impression. The likes of Penelope Winton and Rebecca Hall (whom plays the maid Mary) made for solid characters, but they did not have much time on screen so they had a minimal impression on the overall film. The same thing could be said about the villains. The villain could have been a bigger threat (no pun intended) if they had more time, but that was not the case. Although the massive brutes did stand out for the time that they had; so that did count for something. 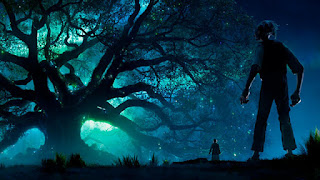 If there is one element that Stephen Spielberg knows how to do best, it would be creating a sense of spectacle; and that is one area The BFG strives in. The film's effects was filled with creativity as it blended cg effects with practical ones in a way that suited the magical world of The BFG. Along with the film's impressive visual effects was a score by none other than John Williams. While this soundtrack may not William's best work, the music was still effective by having a magical vibe to it. Adding to the movie was its sense of humor. The comedy to The BFG could be crude at times, but it did work to film's more childish nature; and it was effective as the film's sense of humor was quite entertaining.

The BFG was quite a blockbuster to behold; but that does not mean this adventure was perfect. While it was charming. the movie did lack in areas such as story and characters.  However thanks to the its leads and sense of creativity, the movie more than made up for any of its shortcomings. When it came down to it The BFG was entertaining and a little touching; and while the film may not be an authentic adaptation to Roald Dahl's work, this blockbuster was still an enjoyable one to see this season.

Posted by Something Cinematic at 2:17 PM