The Next Evolution-Top Directions for the X-Men Film Series 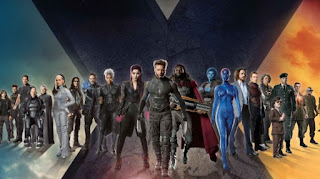 X-Men Apocalypse has finally hit theaters. The 9th film in the X-Men series, and the second film in the franchise to arrive this year, hit theaters last weekend and managed to find success. While the film's quality seems debatable, the fact remains that Apocalypse found success in the box office. Thanks to the new film's commercial success (and the money brought in by Deadpool) it is safe to say that the X-Men franchise is not slowing down anytime soon. So with Apocalypse behind us, the question now is what is in store for the X-Men franchise? The latest film made a statement by setting up a new chapter in the superhero series. Because of the events in Apocalypse, there are several areas that this movie franchise could explore. While nothing is fully set in stone, here are some of things I am hoping to see in next group of X-Men films. 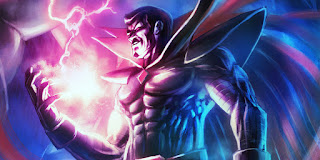 The X-Men film franchise has featured several of the team's villains; including Magneto, the Sentinels and recently Apocalypse. Yet a prominent figure from the X-Men's rogues gallery has yet to appear on the silver screen, and that character just so happens to be Nathaniel Essex aka Mr.Sinister. Sinister was once a 19th century scientist who was obsessed with genetic mutation and Darwin's law of Survival of the Fittest. After being altered by Apocalypse, Mr.Sinister devoted his immortal life to studying mutants and altering them so they can be “perfect”. Sinister is a villain that I have longed to see on the big screen, and it looks like the villain's cinematic debut is on the horizon. In the post credit scene of X-Men: Apocalypse, we see Weapon X's (Wolverine) blood being collected by a member of Essex Corp; which help to cement the coming of Sinister in the film franchise. So with Sinister's debut all but inevitable, what role will the villain play in the franchise? There are many upcoming movies that could use Sinister such as the third Wolverine film, Gambit and of course the next X-Men film. However I think the best move would be for Sinister to play a role in all of the upcoming X-Men films. This is not to say that Sinister should be the primary antagonist in all of these movies, but rather that the villain plays some role in the new set of X-Men movies. This would give the X-Men series something new as it would feature a ongoing antagonist; well that is not Magneto at least. Whether the villain is used for multiple movies or just one, I am just glad that Sinister is finally making his way to this film franchise. 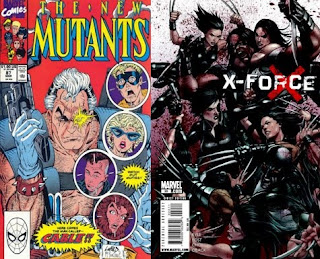 Apocalypse saw the formation of a new X-Men (or old depending on how you look at it). Yet an interesting aspect about the X-Men comic series is that there is never just one team of mutants. For many years Marvel have broken up their Mutant characters in a variety of different teams; from the X-Men to other groups like X-Factor and X-Force. With the X-Men characters known for being a part of several teams I cannot help but wonder if this direction will be reflected in the upcoming movies. That does seem to be case as there has been news of Fox developing movies based on the X-Force and the New Mutants. Now what these films will be about remains to be seen, but the fact these movies are in development is a good sign for the X-Men series. The only issue that may emerge from these teams' cinematic debuts is how they differentiate from the X-Men films; but the likes of tone and story could help to set them apart from their predecessors. Having movies about other X-Men teams will only help franchise as they could bring a sense of variety to the ever growing franchise
.
Established Characters in New Films 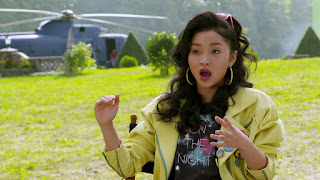 Seeing the likes of the X-Force and New Mutants on the silver screen will be great because of the chance of seeing new characters. However I would not mine having established characters in the series making their presence known in these new movies. This concept was seen with the presence of Colossus in Deadpool, and it will also play a part in the next Wolverine movie as Patrick Stewart will reprise his role as Charles Xavier. While it is good to have new additions in the X-Men ensemble, bringing in established character is beneficial as it helps to show a connection in this franchise. Not only does featuring characters like Wolverine and Xavier in an X-Men cast help to piece the ensemble together, but it could also be useful to feature minor characters from previous movies. For example having someone likes of Jubillee appear in say New Mutants could work for both the character and the movie itself. While it was great to see Jubillee in Apocalypse, the fact remains that the character did very little in the film itself. She did not even have a chance to use her abilities. Having the character in movie like New Mutants could work because it would give moviegoers a chance to see more on Jubillee and (again) help to cement the massive ensemble that makes up X-Men. Fox seems to have this idea in mind, but I still hope that this concept goes a little further by featuring all kinds of characters from the ongoing X-Men franchise. 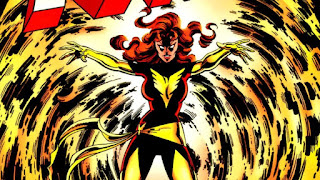 After dealing with a threat like Apocalypse, how can this franchise possibly raise the stakes? When thinking about this question, my thoughts immediately reached to one conclusion: The Shi'ar Empire. The Shi'ar Empire is a race of aliens that have centered primarily with the X-Men stories. While the likes of aliens is something that the Avengers are known for dealing with, this concept could work in the X-Men films by bringing a new element to the franchise. Not only would introducing the Shi'ar bring something new to the X-Men films, but it may be able beneficial to introduce another story from the comics: The Dark Phoenix Saga. In the comics Jean's becomes a being known as Phoenix thanks to the X-Men's encounter the Shi'ar empire. Now the Phoenix has appeared in past films and it is likely that future movies' depiction of this entity will be different from its source. However there might be a way to use both of these concepts without either overshadowing the other. The growth in Jean's powers could lead to Shi'ar interfering one earth, or an encounter with the alien race may help to release the Phoenix from the young mutant's mind. If the studio and filmmakers can mix these two plot elements together, then this could certainly raise the bar in the X-Men film series. 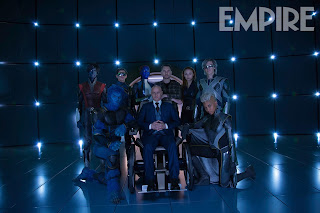 There are number of directions that the X-Men franchise could go into from this point on. The film series could go out of this world and feature classic story from the comics, or it could just look to expand in the area of spin-off films. There are many ways Fox and the Filmmakers could go when it comes to pushing the X-Men forward; but whatever happens, it seems clear that the long running Marvel Franchise is here to stay and I can only hope that the superhero series continues to evolve from here and beyond.
Posted by Something Cinematic at 8:49 AM