How to Bring She-Hulk to the Marvel Cinematic Universe 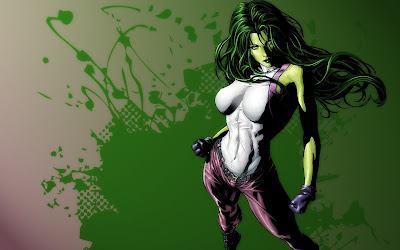 The future for the Hulk is up in the air. Though it is confirmed that the Avenger will appear in the Phase 3 film-Thor: Ragnarok, many fans are still upset that another Hulk movie is not in the near future. While there are several reasons why moviegoers may want another Hulk film, one factor that is prominent is seeing more supporting characters from Hulk's story. It would be great to see a cinematic version of characters like Rick Jones; but out of all of Hulk's supporting cast: a certain superheroine is long overdue to make an appearance. With Hulk's various appearance on the silver screen, we have yet to see a cinematic adaption of She Hulk. Since gaining powers after her cousin Bruce donated his blood, She Hulk has been a prominent (and loved) character in Marvel Universe. Having this character appear in the MCU could be another great addition to the studio's expanded franchise. Unfortunately the best way to introduce She-Hulk would be to feature her in a Hulk movie, but that scenario does seem likely. However there are other ways to bring She Hulk into the Marvel Cinematic Universe.

Read the full article now on Moviepilot.com
Posted by Something Cinematic at 8:31 AM