Holland and Watts-New Faces For Marvel's Spider-Man Could Be Amazing! 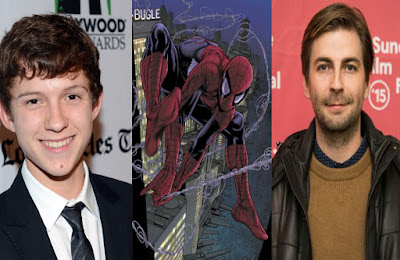 The time has finally come. After a long wait,and likely a lengthy debate, Marvel and Sony have announced who will be playing Spider-Man; as well as who will be directing the upcoming film. Announced by the studios it has been confirmed that British actor Tom Holland will donning the role of Peter Parker and director of Cop Car,Jon Watts, will helm Marvel's Spider-Man. Producer Amy Pascal  made this statement about matter and why they as well as Sony have every confidence in their decisions.

“Sony, Marvel, Kevin and I all knew that for Peter Parker, we had to find a vibrant, talented young actor capable of embodying one of the most well-known characters in the world. With Tom, we’ve found the perfect actor to bring Spider-Man’s story into the Marvel Cinematic Universe.”

This announcement was a bit surprising. Well maybe not too surprising.  After Asa Butterfield was passed, it looks as though Tom Holland was the likely candidate to play the wall crawler. Even though the announcement did not take me by surprised, it was comforting to see Marvel and Sony reach a decision; but what can we learn from this move? With Spider-Man officially cast in the Marvel Cinematic Universe and a set director for Spidey's solo film, it does brings some thing to light. There is still plenty of time before the Marvel's Spider-Man swings into theaters, but this is what I gathered from the announcement and why it could be beneficial in many ways.

See the full article on Moviepilot.com.
Posted by Something Cinematic at 4:41 PM