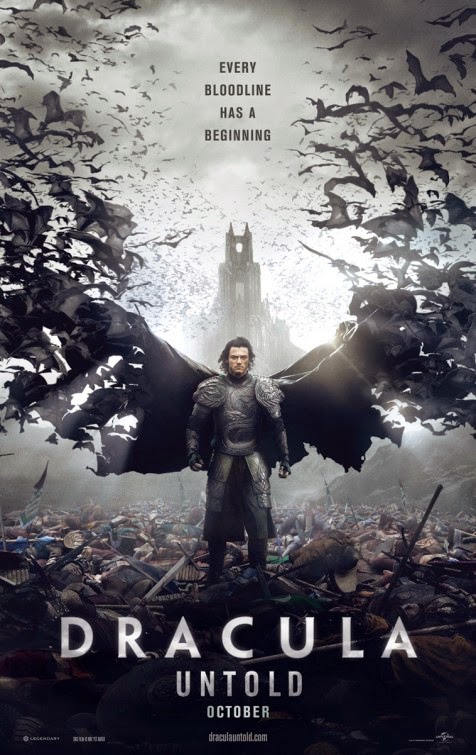 In 1922, the world of movies was introduce to the supernatural beings known as vampires thanks to the German horror film: Nosferatu. This film pave the way for the most notable vampire movie of all time: Dracula. The 1931 film was a landmark as it not only created an iconic interpretation of Bram Stroker's novel, but it helped pave for Universal Pictures' horror monsters. Now in 2014, Universal hopes to do the same thing again by releasing Dracula Untold. This new take on the classic tale features Luke Evans playing the notorious count as the film reflects on Vlad's journey into darkness. This origin film could not only bring a new take on the classic character, but perhaps create a revival for Universal's classic monsters. The end result was  film that may have been a little too ambitious, but quite daring for the vampire genre.

The story is no doubt an origin film for Count Dracula. While the plot has a few holes, that is not to say that story of Dracula Untold was not effective. The plot is very much a character driven story as we see Vlad slowly turning into the iconic vampire. Though the pacing did work against the film's concept. Thankfully the speed of the film does slow down in the second act, but the story still moves a little too fast. The story also plants an idea early on that the film that could either lead to more movie based on Dracula, or perhaps something bigger. That point was there indeed there to set up more films and I found that more intriguing then I did annoying. 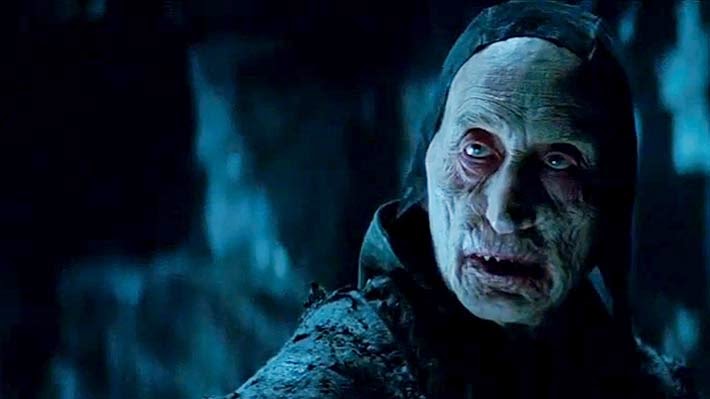 As stated before, this film is very much centered on its main character. This interpretation of Dracula may not have been as iconic as  the Count from the 1931 film, but this Dracula work just fine for this movie. The film truly expresses Vlad's fall from grace as he slowly turns into a vampire. While he does not turn into a full villain, the character certainly turns from protagonist to monsters in a way that I thought made sense. Luke Evan manages to bring a lot of heart to the character which made Drcaula's turn to evil more effective. The rest of the cast serve their purpose, but there was nothing to note worthy about the supporting characters; well all but one. He may have had only one scene, but Charles Dance certainly made an impression as the vamperic Caligula. There was a mysterious aura behind this character that made him interesting; while Charles Dance provided a sinister performance fitting for any vampire. 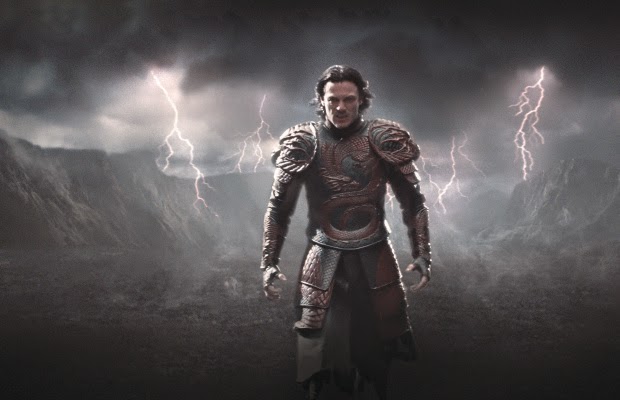 If you are expecting Dracula Untold to be a spooky time this Halloween, then you may be a little disappointed with the results. This retelling does not feature anything that would be considered scary However,where the films lack in scares, it makes up for that problem with its dark atmosphere. The tone to the movie felt just right for the concept of vampires, and for the grim tale being told on screen. The effects for Dracula Untold were a bit hit and miss. The effects had a fantasy vibe behind them, however the spectacle to this Dracula film took away from the movie's darker nature. Granted, the effects were better then I thought. Add a eerie score from Raman Djawadi and you have technical elements for a film more fantasy based then it is horror.

Dracula Untold is a different kind of vampire movie; and for that reason, this take on the Count was quite refreshing. Though it does have it flaws,  the movie does work thanks to its concept and performances from Luke Evans and Charles Dance. It may not be film horror fans, but Dracula Untold does make a dark fantasy fitting for the iconic vampire.

Posted by Something Cinematic at 10:28 PM