Transformers Age of Extinction Review: Less Then Meets The Eye 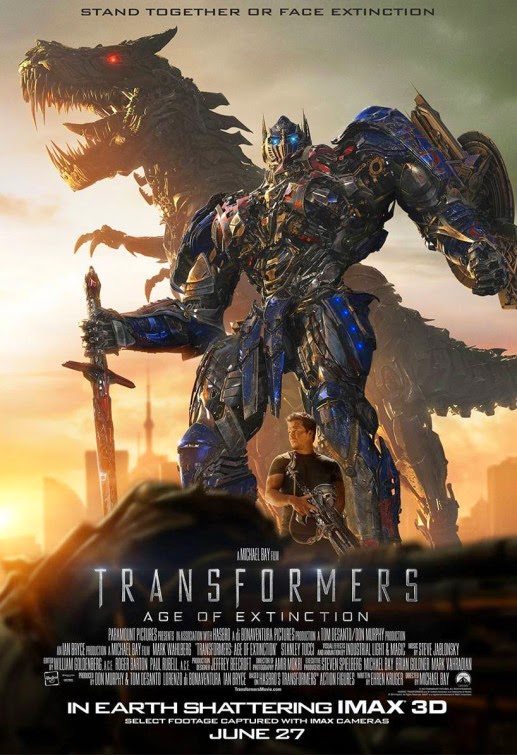 I think of myself as an understandable critic. I have always believed to call it as I see it and follow my initial reaction to a movie. While I am critical with films, there are very few movies that push my buttons. That is except one (technically three). In 2007, a blockbuster took the movie world by storm as the robots in disguise made their live action debut in Transformers. The movie was brought to the screen with the collaboration of Hasbro, Steven Spielberg and the action director Micheal Bay. When Transformers rolled into theaters, it was an instant hit. Audiences loved and some called the movie of the summer. While people were cheering for this blockbuster, I was banging my head into the wall. Transformers was the most irritating, insulting and downright idiotic blockbuster that I have ever seen grace the silver screen. I would have been fine with the movie if it was just entertaining, but the film seem to neglect that too. Transformers has been a thorn in my side for years, and the sequels did not help either; in fact they made things worse.


So when the news got out about the fourth and how Michael Bay was coming back to direct, you can only imagine my "excitement". Nevertheless, the film was on the way and now we have the fourth installment: Transformers Age of Extinction. While I was not looking forward to this, I kept in my mind that maybe, just maybe, the film could improve things for the franchise. Though I was skeptical, The film journalist/critic in me knew I had to be objective. So after sitting through this fourth installment, my journalistic integrity didn't just leave the theater, it ran out screaming curses in all languages.

Age of Extinction continues the story of the Autobots. This time though, Optimus Prime and his fellow transformers are being hunted down by humans who want to get rid of all Transformers and the bounty hunter Lockdown who is league with the human (yeah that makes sense). This leads Prime to meet Cade Yeager (played by Mark Wahlberg). With the help of Cade, his daughter and her boyfriend, the autobots must find out what the human are doing with Transformers they abduct while dealing with the mysterious Lockdown. 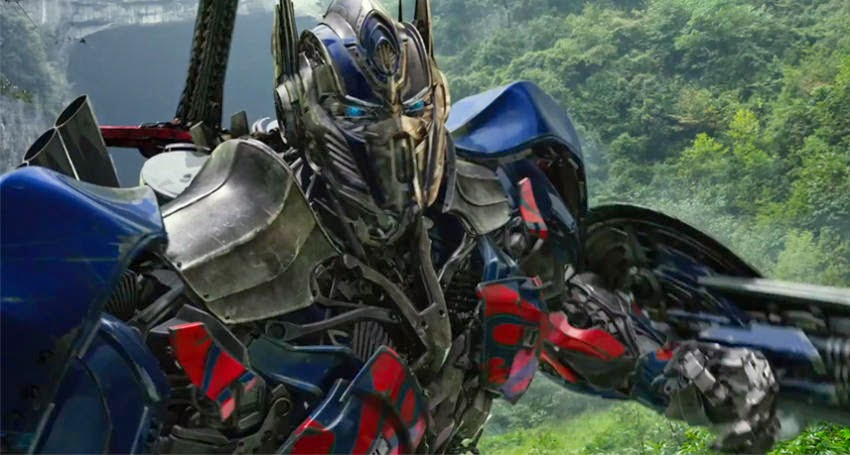 I will say this much, the story was not the exact same thing from the previous movies. Thank goodness, However, while it may not have been the same plot, this story was still riddle with issues. Perhaps the biggest issue in this story is the fact this plot runs up to 2 hours and 45 minutes. There have been many filmmakers who have proven they can make a story work in that run-time. Michael Bay is not one of those filmmakers. This story drags as bad as a car with no tires. Not only did the story drag on and on, but the plot thought it would be wise to barely explain anything. There were points where I was just hoping the movie would stop for a sec and just explain itself, but I realize that was too much. This plot cram things in without giving  a proper and it rarely set anything up; but hey, the story felt like it was two hours and forty-five minutes. Yay!

If anyone deserves a compliment, it is Mark Wahlberg. While the character of Cade had problems, like going from jerk to god of heroes in a heartbeat, he was still a better protagonist then his predecessor. Plus, Wahlberg does the best he can with what was given to him. Then there are the rest of the characters. Cale's daughter, Tessa (played by Nicola Peltz) was intolerable. Tessa did more bitching then contributing throughout the film. Her boyfriend, Shane, was not better either. Shane went from confident racer to sissy for no real reason. He would have been more useful if he was a cardboard cutout. The autobots weren't much better. Optimus Prime was not the same hero we knew him to be as he was fed with the humans and he was out for blood. While his character was understandable (especially after seeing the previous films), his direction could have been handle better. The other autobots, were just there. Sure you can tell who's who, but really the autobots were just filling in space (this goes for Bumblebee as well). While the Kelsey Grammar did a fair job as Attinger \and Lockdown was an intriguing characters, there were at least five antagonist gunning for the top spot only to be crammed together in one film. Now this film is an example of having too many villains. Add this with useless side characters, a bipolar Stanely Tucci and the dinobots who only show up at the end and you have one mess of a ensemble. 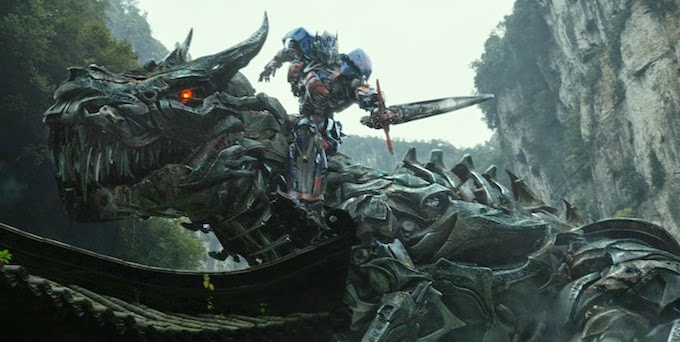 Part of me wants to give props to both the action and the visual effects as they have been strong elements in Transformers franchise. However, both of these factors were at their worst in Age of Extinction. The action was so meshed together that nothing stood out The visual effects was tolerable when it came to the transformers themselves, but the movie also featured some poor cgi. The cinematography was just an eyesore to see. Some of Bay's common traits were tone down in the film, but the cinematography was full of close ups and unnecessary slow-mo. If that was not enough to irritate me, Age of Extinction has some of the worst edits I have seen in a blockbuster. One that comes to mind is the chase scene in Texas. Apparently in Texas, it can go from noon to sunset in a matter of seconds. A breath of fresh air was that this fourth installment did not have the poor use of humor like the previous films, Oh the comedy was still bad, but it was not as horrendous as before. To top everything off, the movie also features one the most shameless product placement that I've seen in a movie. Well I guess the movie just wanted me to drink enough bud light to forget the whole movie experience.
the 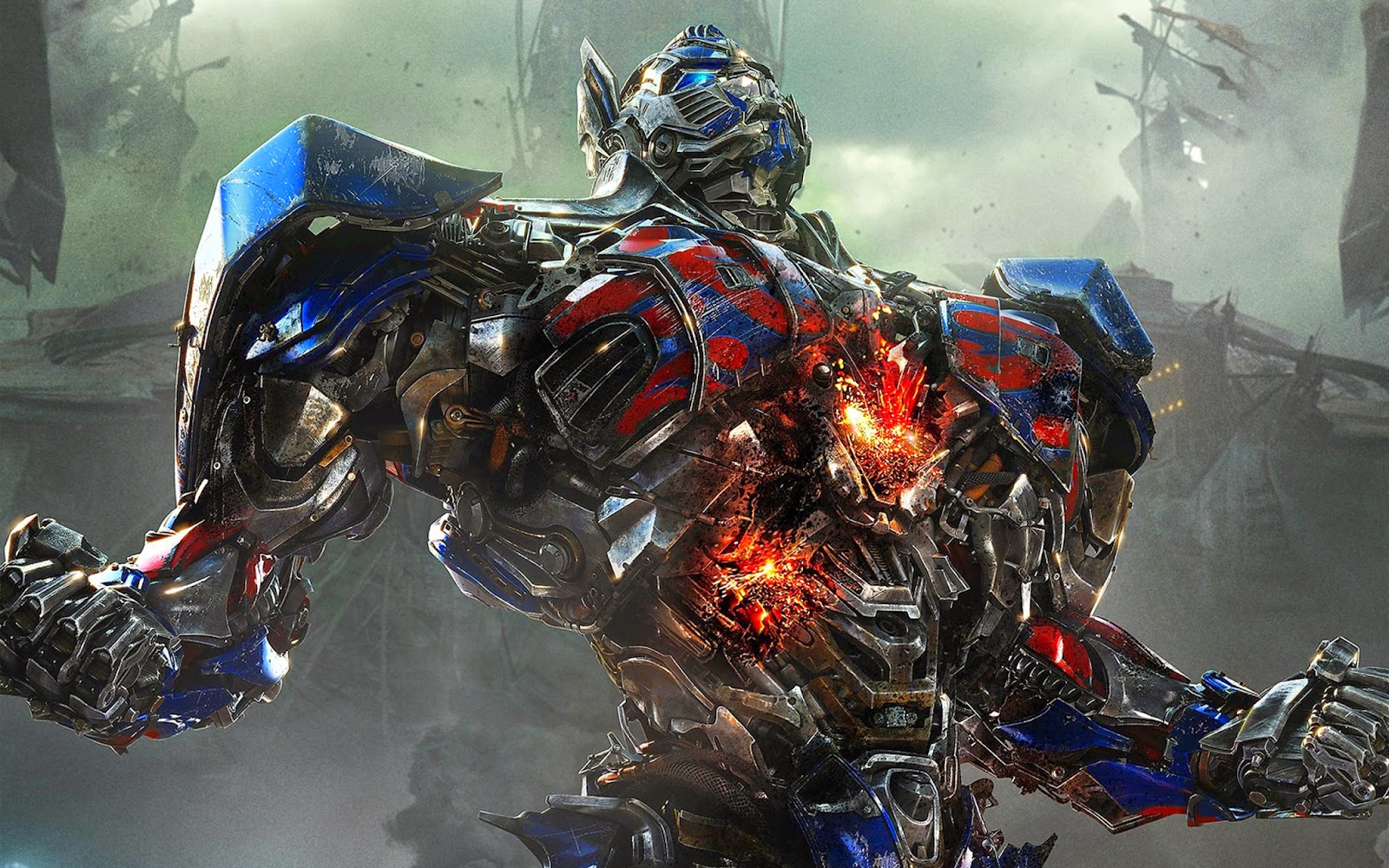 While Age of Extinction was not like the previous trilogy, the film was bad in a different way. Those movies had no motivation to them, but this film has even less in comparison. There was no story, no characters and no effort put into the creation of this fourth installment. This film was just made on the sole basis of making money; and I guess it accomplished that. While the box office record will find this film favorable, I cannot recommend Age of Extinction to anyone. It takes filmmaking to a new low and disgraces the meaning of a blockbuster. While Michael Bay runs off with his bags of money and plans the next film, I have decided not to give Transformers: Age of Extinction any form of rating; for it has to be a movie to get a score from me.


Posted by Something Cinematic at 4:13 PM