Ant-Man and the Wasp Review: Sizes Up as A Entertaining Sequel 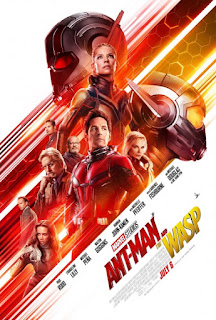 In the Marvel Cinematic Universe many heroes have risen to stardom. The likes of the Avengers and Spider-Man being major players is no surprise, but this movie continuum has also featured more obscure characters such as Doctor Strange and the Guardians of the Galaxy; and they have proven to play a vital role in this shared franchise. Among the MCU alumni is none other than the minuscule Avenger: Ant-Man. Ant-Man made his cinematic debut in the 2015 blockbuster and managed to make an impression as his solo film was filled with wit and style. Needless to say that it would not be long before moviegoers would see Ant-Man again as the character not only appeared in Captain America: Civil War but the small time hero received a sequel in the form of Ant-Man and the Wasp. Once again directed by Peyton Reed, the sequel features Ant-Man teaming up with his iconic partner the Wasp. The film has been receiving good buzz (a shocking revelation if I’ve ever heard one) as the likes of critics have praised the movie for its sense of fun. Yet the prospect of a Marvel movie being fun is not enough to sway this Film Adventurer. Truth be told I have not been ecstatic for Ant-Man and the Wasp as details surrounding the film have made me skeptical. Regardless I journeyed to the cinema to see this new superhero film, and after it was all said and done I have to say that Ant-Man and the Wasp was...enjoyable.

The story of Ant-Man and the Wasp deals with Scott Lang (Paul Rudd) teaming up with Hank Pym (Michael Douglas) and Hope Van Dyne (Evangeline Lilly) who seek to enter the quantum realm in order to find the long lost Janet Van Dyne (Michelle Pfeifer). The story of Ant-Man and the Wasp is perhaps the weakest part of this movie. The story’s concept was not bad but when it came down to it there was little to no substance within the plot itself. The main conflict lacked impact and the story had a tendency to rely on tropes and conveniences too much. Yet this was not to say everything about the story was disappointing. The plot’s adventurous aspects, for the most part, was enjoyable while certain dilemmas ,like Scott dealing with his house arrest, gave the plot a grounded nature. It was these factors that made the plot an enjoyable experience even if the lacking details prevented the superhero tale from reaching its full stature. 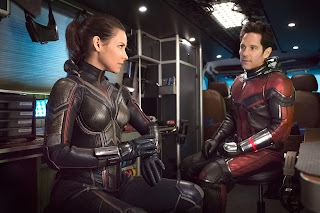 The cast of Ant-Man and the Wasp certainly lived up to the strength, and weaknesses, of its predecessor. Paul Rudd once again shined as Scott Lang as his sense of humor and charisma brought out the best aspects of the character and reminded me why Ant-Man is one my favorite characters in the MCU. Yet the prominent aspects to the film was Hope and her christening of becoming the Wasp. For a time I was worried about the characterization of Hope, but my concerns diminished as Hope’s promotion to secondary protagonist went smoothly. Evangeline Lilly provided a solid performance as Wasp and her chemistry with Rudd’s Scott made the duo a captivating one; not to mention one that I would like to see more of in the future. The supporting cast did its job as the likes of Michael Douglas, Laurence Fishburne, Michael Pena, Walton Goggins and Michelle Pfeiffer brought something to the superhero ensemble. The supporting character that I particularly liked was the young Cassie (Abby Ryder Fortson) as her scenes with her father felt authentic and touching. As for the film's villain the character of Ghost(Hannah John-Kamen) was a different foe for the MCU as her intentions were surprisingly reasonable. The only issue I had with Ghost was her lacking presence-but this problem was not solely unique to this antagonist. While this cast had much going for it the one thing that held it back was the characters ’minimal development as the progression seemed hardly expanded upon. Fortunately the cast’s performances were able to make up for this and the other shortcomings that hindered this superhero ensemble. 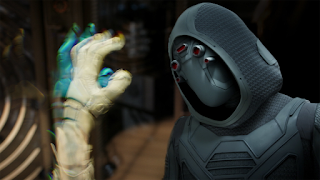 Given the concept behind Ant-Man it was no surprise that this sequel would have a keen sense in effects. While the movie's effects lacked the nuance of its predecessor it still worked for the film. The movie’s use of scale was stellar but I was more impressed with Ghost’s quantum effects as it brought something different for both the character and the movie. The movie's action was decent as its execution left much to the imagination; though it did have its moments such as the big chase sequence. The comedy, on the other hand, was a hit and miss factor for the movie. While I found the subtle interactions between the characters humorous the bigger jokes were ineffective as they padded out the punchlines to the point where certain scenes were hindered by the comedy. The music by Christophe Beck was effective as, while it may not have been the most standout scores I heard this year, it worked for the movie’s tone and kept the main theme of Ant-Man prominent throughout the new composition. 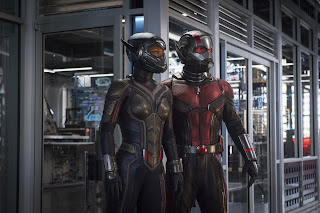 As a sequel and the next installment in the MCU, Ant-Man and the Wasp is tolerable. When it came down to it there was very little to this superhero film as the storytelling and presentation showcased a safe direction for the movie. Yet despite its missteps the movie manages to work thanks to its cast,effects and (to a lesser extent) sense of humor. Ant-Man and the Wasp may not be the biggest, or strongest, movie in the MCU, but it is an entertaining blockbuster which is just enough to make this superhero film acceptable in my book.

Posted by Something Cinematic at 6:00 PM