Transformers The Last Knight Review: A Prime Example of What A Blockbuster Should Not Be! 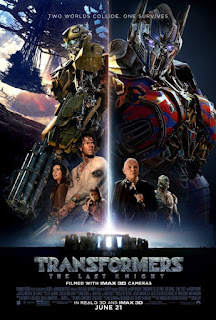 In 2007 the movie world found a new blockbuster series to produce in the form of Transformers. The Hasbro based franchise has played a pivotal role in pop culture and the world of cinema was no exception. Since that faithful summer Transformers has been a big time franchise with several movies to its name. Now ten years later the series has its latest installment with Transformers The Last Knight. Like the previous movies the fifth addition to the series is directed by Michael Bay and features the Autobots in another summer adventure. Now if you know anything about me the you know that I am not a fan of this franchise-not one bit! I could go into the details about disdain for this series, but doing so would just lead to me ranting and raving and I will never get to the review at hand. So to say that I was not looking forward to this blockbuster could very well be  the understatement of the year. Yet despite this I believe that I can be proven wrong and there is always chance that The Last Knight could transform into a exciting film. So does this latest installment roll out to success or should it be dismantle?

Transformers: The Last Knight continues the story of Cade Yeager (Mark Wahlberg) and the Autobots. While dealing with a world against Transformers, Cade and the Autobots have to deal with a dead Cybertron that is on collision course. The only way to stop the coming threat is for Cade to find the staff of Merlin which has the power to revive Cybertron. With the help of Viviane Wembly (Laura Haddock) and Sir Edmund Burton (Anthony Hopkins), Cade and Bumblebee search for the staff but encounter other problems on the way-such as Megatron (Frank Welker) and even Optimus Prime (Peter Cullen) who has been corrupted by Quintessa (Gemma Chan) to steal the staff for the sake of Cybertron.

You know at this point I did not believe there was anything that this series could do to get under my skin when it came to its stories. The Transformers franchise has featured an array of plots riffled with inconsistencies and poor execution that I did not believe things could get any lower. Yet the new installment may have just proven me wrong. The plot was executed so poorly that were many times during my experience where I asking myself just what in the development hell was going on in this film? Why the TRF was teaming up with Decepticons to chase Cade and the Autobots was just one of the many baffling moments to this story. When it came to continuity details, such as the fate of Cybertron or how Megatron's transformed from Galvatron to Megatron again, were not just poorly explained they were not mentioned at all. The film was far too busy being a big time adventure then ever explaining itself; and this would not be so bad if the adventure aspect was entertaining-but it was not. The movie's sense of adventure was grating as the pacing was all over the place ranging from being too quick or just dragging itself along. However the worst offence this story had to offer was, despite the earth shattering threat, the stakes to this larger than life plot was as crucial as an episode from the 80's Transformers cartoon-at least those could be entertaining. 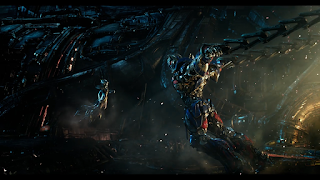 The casts of the Transformers movies have always a conundrum of a factor, and the ensemble of The Last Knight certainly did not break from the mold. For what it was worth the cast perform the best they can with the material that was given; and it did have some merit to it like the addition of Edmund Burton and the robotic headmaster Cogsman (Jim Carter). However the characterization of this group ranged from being forgettable or simply unlikable. This was noticeable of the Autobots who (while they had standout traits) practically had the same personalities. Even the likes of Bumblebee and Optimus Prime added little to the film. Optimus' development in particular was most disconcerting as his "turn to the dark side" added nothing to either the character or the movie. The same thing could be said about the human characters. Mark Wahlberg had the most development as Cade but that was not to say that made him anymore interesting. The other characters' direction ranged from either forced or unnecessary. This was noticeable with Izabella (Isabela Moner) who had qualities worthy of any Mary Sue.  Topping this cast off were the villains who were ineffective to say the least. Why Megatron is still in these films I will never know as his direction was just to be fodder for the heroes; while the all power Quintessa had little to no presence in the overall film.

When it came to technical aspects the element went almost as expected. The Transformers series have always been known for their big time effects and The Last Knight was no different. The effects to the movie were not bad as they did fit the concept behind the film. When it came to action the movie could be effective but there was little to nothing to make this element noteworthy. Yet even with moderate elements like effects and action, it could take away from more obnoxious elements to the movie such as the comedy. The franchise's sense of humor has never been anything to laugh about and that seemed to be true for the Last Knight as it was obnoxious, poor in its timing and was simply not funny. Even more grating was the film's cinematography and camerawork. The movie was shot with a IMAX camera to give it that bigger than life feel. This may seemed cool and ambitious but the issue with this was that every other scene used the IMAX camera and it made the movie very distracting and came off as having an ugly sense of filmmaking (then again this could have been just been the print that I was watching).

I suppose I should not have been surprised by the outcome of Transformers: The Last Knight. This entire series has been (In my opinion) the lowest quality of blockbusters, and the latest installment only lives up to this standard-actually I am contemplating whether or not the new film actually lowered the bar or not. At its best The Last Knight had average quality with the likes of action and effects; but at its worst the the film was just tedious with its poor excuse of storytelling and character development. To be blunt Transformers The Last Knight is a film lacking  spirit, wonder or fun. To put it simply: it's just another addition in the Transformers franchise. 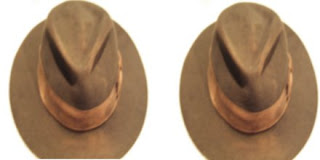 Posted by Something Cinematic at 2:32 PM