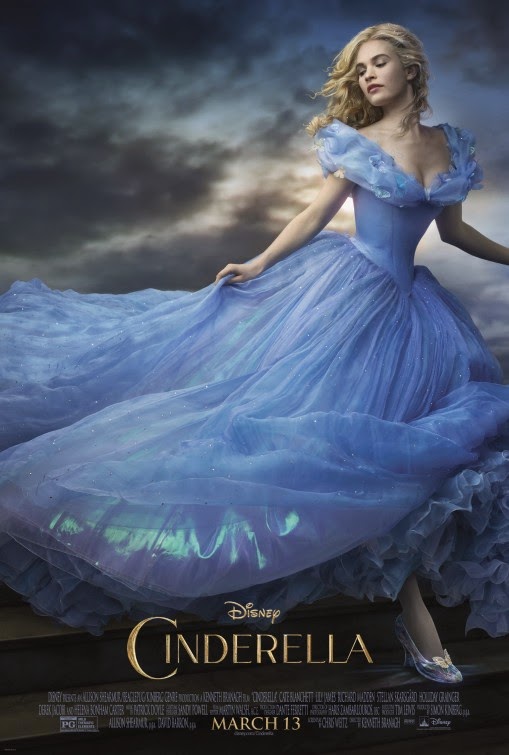 Disney seems to be having a trend as of late as the studio that has created so many animated classics are taking these acclaimed movies and creating live action interpretation. From 2010's Alice in Wonderland to last year's Maleficent, more Disney animated films continue to receive new interpretations. The latest classic to be transformed into live action is none other then Cinderella. The fairytale of the young woman gaining glass slippers and going to the ball has been a part of Walt Disney Pictures since 1950; and this animated is among one studio's most recognizable movies. Now Cinderella has received a live action take and the man behind this interpretation is fame actor/director Kenneth Branagh. Yet, could this adaptation hold true to the original, or does it loose the magic of the animated feature?

Many know the story of Cinderella, and this new movie follows that plot through and through. When Ella (Lily James) looses her mother (Hayley Atwell) and father, she is forced to do the bidding of her stepmother Lady Tremaine (Cate Blanchett) and her stepsisters. After Tremaine prevents Ella from going to the ball, it seems all is lost for the young lady. However all of that changes when Ella's fairy godmother (Helen Boham Carter) appears and uses her magic to get Cinderella to the ball. Once she arrives, Cinderella and the Prince (Richard Madden) fall head over heels for one another; that is until things are cut short and Cinderella flees the castle and you know where things go from there. 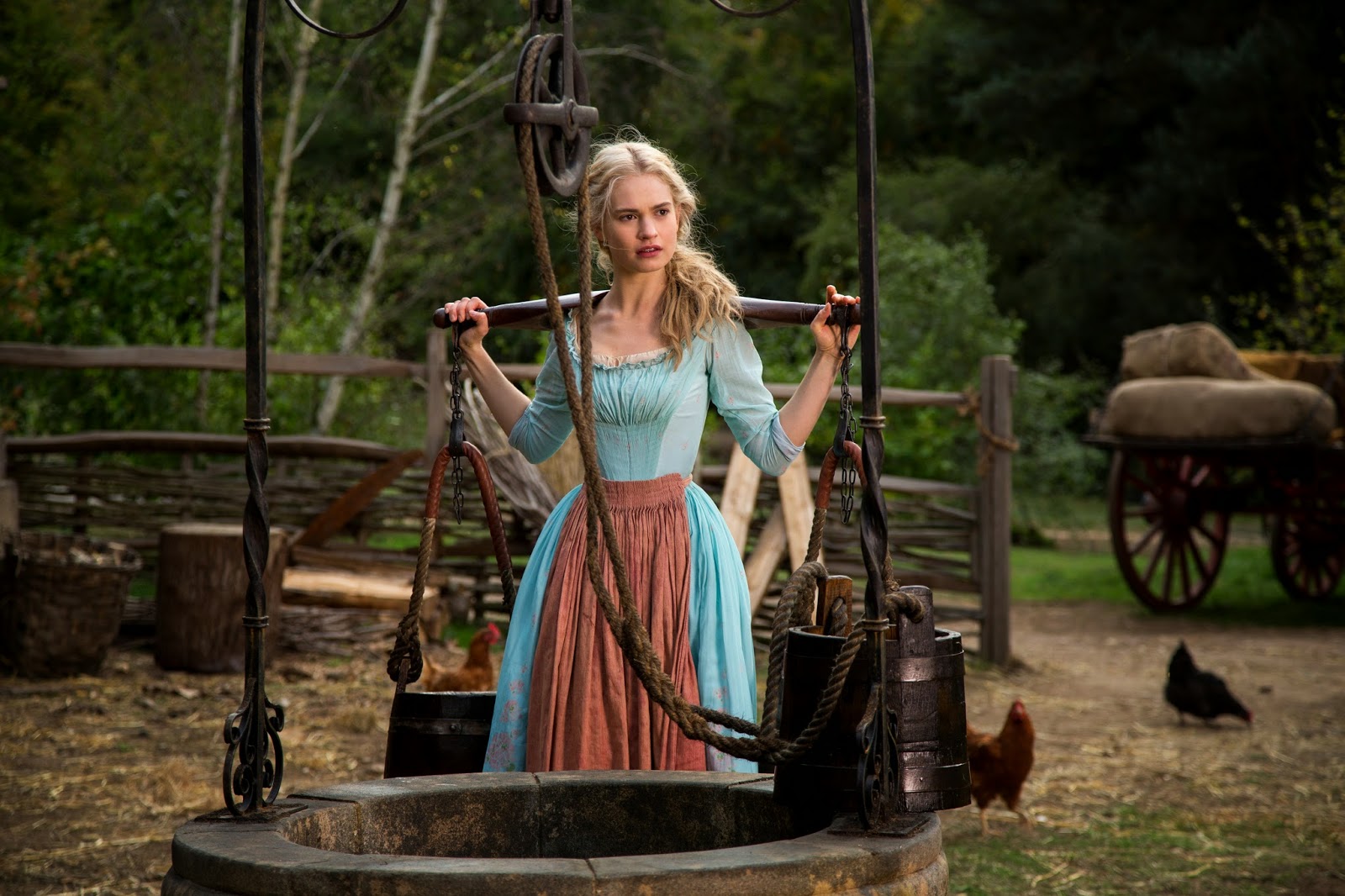 As you can tell, the new adaptation's plot follows its animated predecessor rather closely. You think that this would be an issue for this retelling of the Cinderella story, but I felt that this film's plot handle itself nicely. While it is true that the story is straightforward and it has little surprises to it, the plot also had a wonderful set up. We got to know Ella and her origins as well as the world of the fairytale itself. The smaller details in the story helped put plot points together, which made this tale refreshing to see again. The story's pacing was bit quick; but that managed to work in the movie's favor by giving the plot a steady speed to established Cinderella's classic moments, while maintaining a proper storytelling format. While this story may not have presented something new, this retelling felt appropriate as a rendition of the both the 1950 film, as well as the fairytale itself. 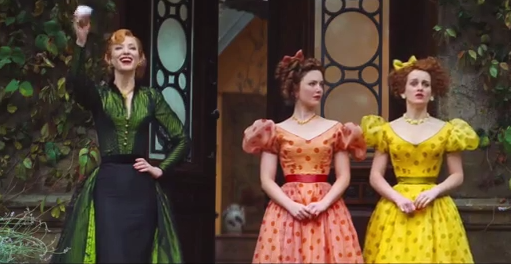 The film certainly had an impressive cast. Yet what made this ensemble strong was its remarkable sense of characterization. Lily James' Ella was a great lead as her determination to live by her mother's last words gave the character the proper conviction; and James' performance as the "princess" made Cinderella likable as well as relatable. Stealing the show in every scene was in was none other then Cate Blanchett as Lady Tremaine. Not only does Blanchett give a charismatic performance as the villain, but her role as the evil stepmothers allows us to understand this character and why she is so wicked. Richard Madden had a solid performance as the Prince. The Prince may not have been the most interesting of characters, but he was a still a solid one and Madden's chemistry with Lily James was effective. Along with the solid leads were a number of terrific supporting actors such as Derek Jacobi, Stellan Skarsgard and many other fantastic characters. Add all these factors with Helen Boham Carter's enjoyable performance as the Fairy Godmother, and you have an ensemble worthy of any fairytale film. 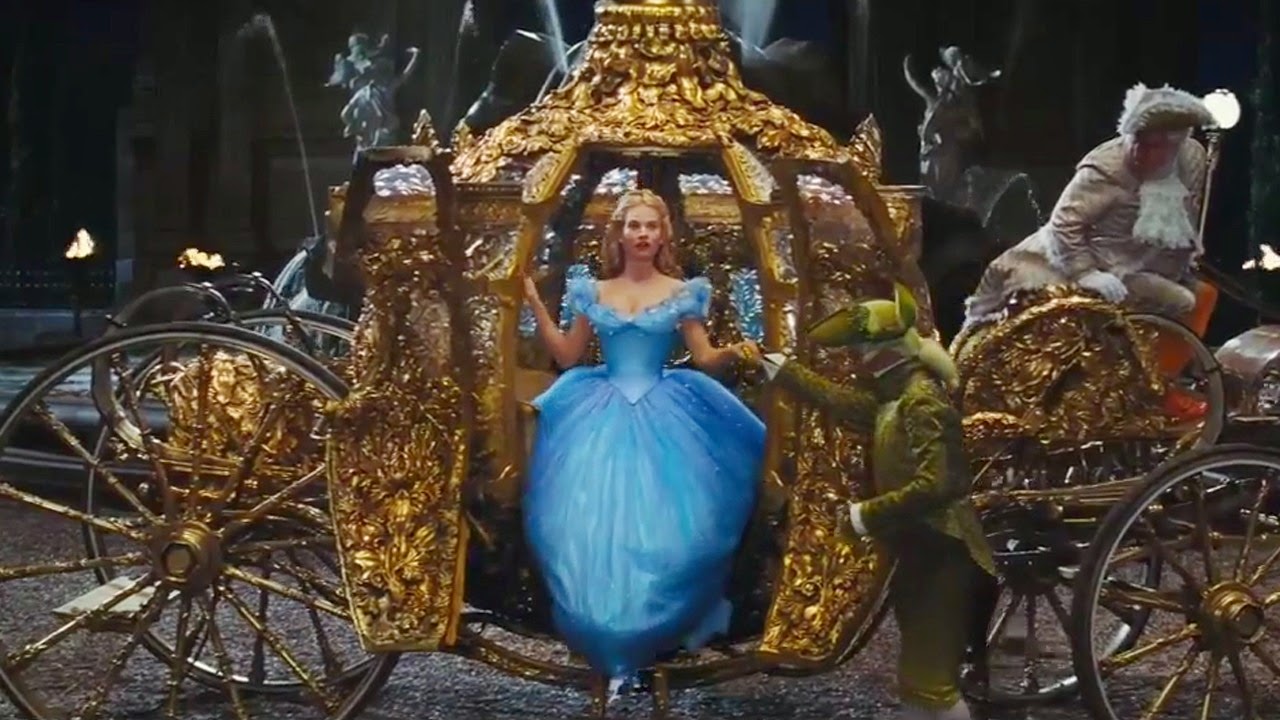 Fitting the movie's tone was the cinematography by Haris Zambarloukos. The look of Cinderella may have been a little too colorful for my taste, but it certainly fit the concept of a fairytale. Once again conducting another score for director Kenneth Branagh was composer Patrick Doyle. Though the music to Cinderella was not the best work from this composer, Doyle's score was certainly atmospheric as it was used accordingly to enhance the film's moments. Continuing the theme of fantasy was the movie's effect. Though the magic sequences presented nothing new, this element was very much effective and great to see on screen. This was thanks to the direction from Branagh, which can also be said about all the technical elements of Cinderella.

It may not have be a new take on the classic tale, but Cinderella manages to be a worthy adaptation. While many elements were straightforward, I felt that this movie could stand on its own thanks to the details in its story; as well as the cast's characterizations of the timeless characters. Thanks to Kenneth Branagh's direction, this new take did the Cinderella story justice by creating a homage to the Disney Classic, while giving this live action rendition its own sense of magic.

Posted by Something Cinematic at 7:26 AM