The Boxtrolls Review: A Quirky Entry for Laika Studios 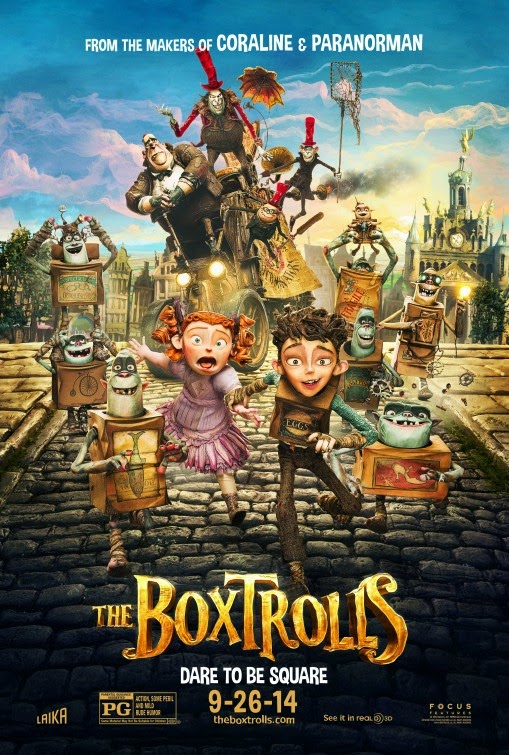 I have become a major fans of the animation projects of Laika Studios. The films Coraline and ParaNorman were both stand out animated films that featured a lot of style. Plus the studio uses one of my favorite forms of animation, which is stop motion.. So you could only imagine my excitement when I heard about Laika's latest animated feature: The Boxtrolls. This movie is based off the novel "Here Be Monsters" by Alan Snow. The film tells the story of Eggs (voiced by Issac Hempstead Wright), a boy raised by the Boxtrolls. Things take a major turn when Eggs meets a girl named Winnie (voiced by Ellie Fanning) and two must protect the lovable boxtrolls from the villainous Archbald Snatcher (voiced by Ben Kingsley). Given Laika's track record, The Boxtrolls had a lot to live up to.  The end result though was a film that missed the mark, but only by a little.

The story to The Boxtrolls is fairly simple. The film plays with several themes and concepts that have been done in a variety of movies; albeit the story to The Boxtrolls was still effective. The thing that hurts story was its pacing. For a film that is 96 minutes, The Boxtrolls has remarkably quick pacing. While it is not a bad thing to have a fast moving plot, the pacing to this movie did not give us a lot of time enjoy the characters and the world itself. Still Boxtrolls revels in simplicity with its enjoyable, yet flawed, story.


The cast of the film were indeed a group of characters. While Eggs may not have been the most 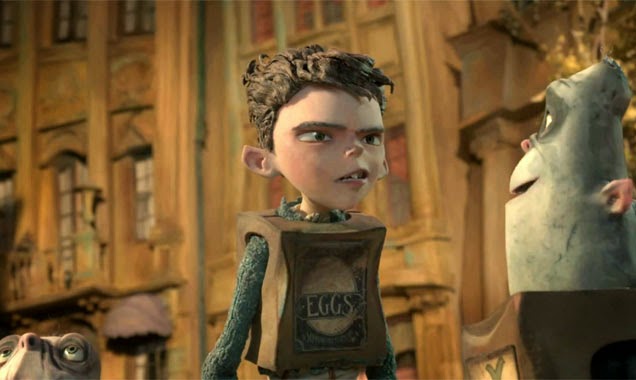 engaging protagonist in a Laika film, he was still a fun character and Issac Hempstead Wright provided a solid performance as the young boy. Winnie's interest was limited, but she stood out thanks to her frightening obsession with gore. Ben Kinglsey's performance as Snatcher was enjoyable as it came off as though the acclaimed actor was having a lot of fun with the role. The film featured two duos who stole the show. The first team was that of Mr. Pickles and Mr. Trout, played by Richard Ayoade and Nick Frost. These henchmen were a hilarious pairing as their morals of good and evil made for some hilarious dialogue. The other show stealers were the Boxtrolls themselves, who were primarily voiced by Dee Bradley Baker and Steve Blum. The two voice actors showed off their talent by giving the trolls a lot of character; despite barely speaking a word of English. Add Jared Harris and Simon Pegg to the supporting cast and you have a animated group that stood out. Though why Tracy Morgan was there, I'll never know. 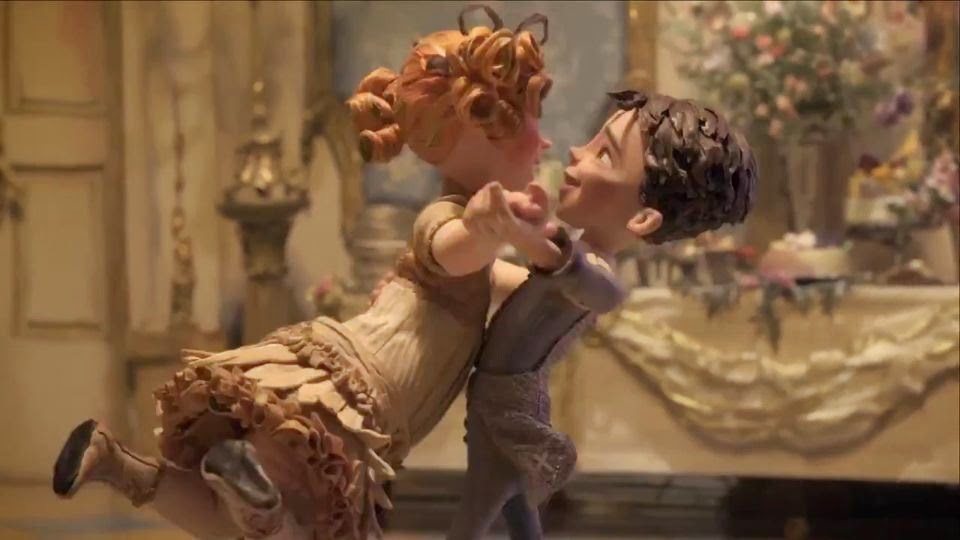 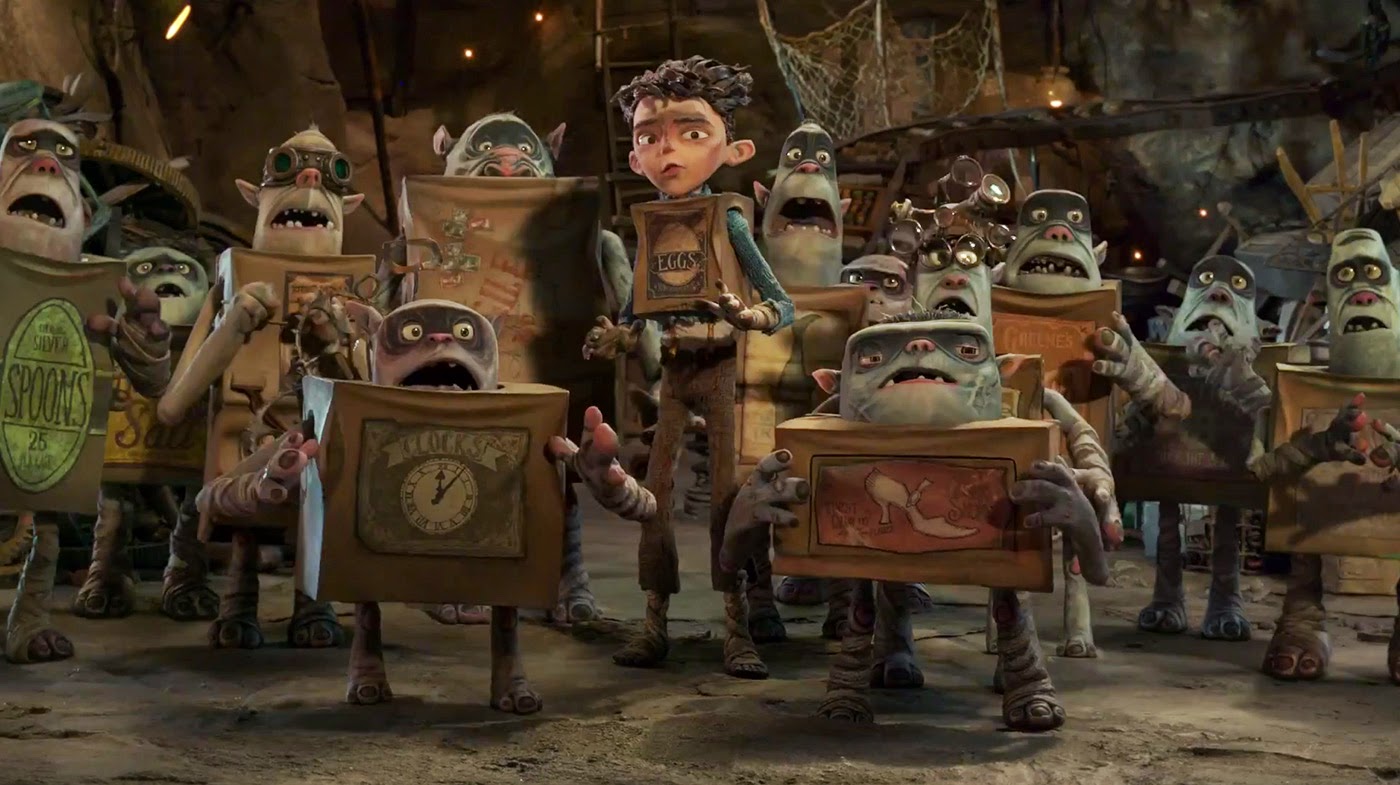 To say the animation to The Boxtrolls was good feels like a mute point, but the animation was indeed spectacular. The stop motion in this film showed how far Laika has come as it was perhaps their smoothest animation yet (at least when it came to the characters' movements). Thanks to the sets and the lights, the animation was only strengthen  as it captured the world of The Boxtrolls in a zany atmosphere, Much like the animation, the humor to the film was rather quirky. The movie featured a few comedy bits intended to gross out moviegoers, which on normal occasions,  I am not a fan of.  However Boxtrolls also featured plenty of clever moments which gave the comedy a lot of dimension. So in the end, this animated film had humor for everyone.

The Boxtrolls may not be Laika's strongest film, but that is not to say this animated flick was bad. The movie had a lot of heart which could be seen in its plot's morals; as well as its characters. With its over the top tone and great visuals,The Boxtrolls was certainly a solid entry for the animation studio; and just a fun time at the movies.

Posted by Something Cinematic at 3:20 PM