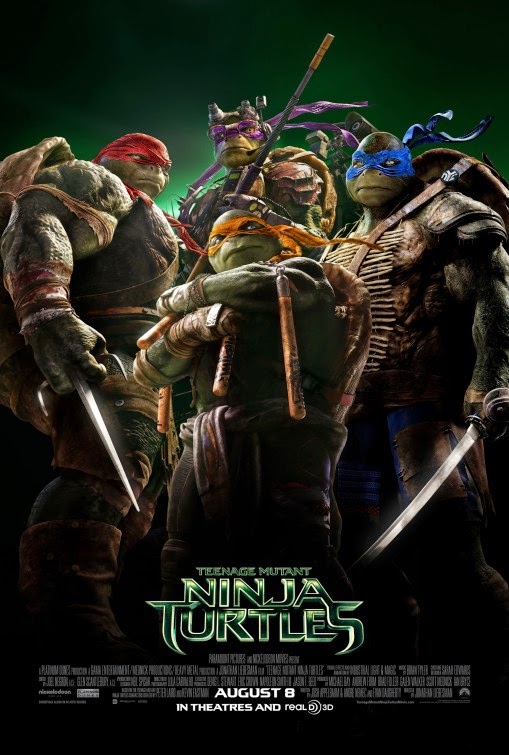 In my childhood, things that made up my entertainment was Transformers, Power Rangers and the Teenage Mutant Ninja Turtles. So far, several of my childhood shows have been made in feature presentation, though it has not been without its setbacks. Recently, director Michael Bay pushed my tolerance to the limits with his Transformers franchise. Though that name has been tarnished on the big screen, I took comfort in the fact the rest of my childhood favorites seemed safe; that was until the announcement was made that Michael Bay would be producing a Teenage Mutant Ninja Turtles film. Fear and skepticism took over as I could only imagine what this "filmmaker" would do to my beloved series. So the day has finally come as Teenage Mutant Ninja Turtles has hit theaters. So what did I think of this reboot?


The story of Teenage Mutant Ninja Turtles follows aspiring reporter April O'Neill (Megan Fox). Trying to uncover the mystery of the foot clan, April discovers that vigilantes are fighting back against the dreaded terrorist and their leader The Shredder. April discovers that the ones fighting against the Foot are not just vigilantes, but four massive turtles trained in the arts of ninjutsu. April then discovers that not only are the four turtles ninjas, but they are from the young reporter's past. 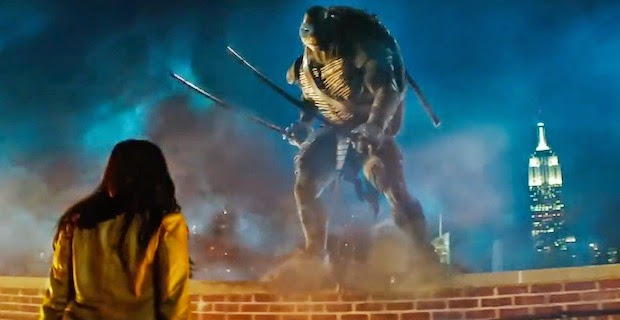 The point above will probably have you punching the screen, and it's understandable. The movie takes a lot of liberties of changing the story that many have known for so many years. It is not a bad thing to change an origin story around for the sake of a movie; as long as the rendition gets the core of the origin story. This film lacks to that and that can be very disconcerting for Turtles fans. However, that is not to say this film has an upright terrible story. While the plot has a rough start and lacks a sense of complexity. the story was still decent. The plot did take time to explain things, like how the turtles and Splinter learn ninjutus, while it is just an easy plot to follow. A major flaw for the story was not following story of the turtles and having April as the main focus for a major portion of the film. Seeing that this is a reboot of the franchise, it would have been stronger if this origin focused more on the turtles beginnings . However, though the unused plot point was disappointing, even this issue was not too major of a problem for the film's overall story. 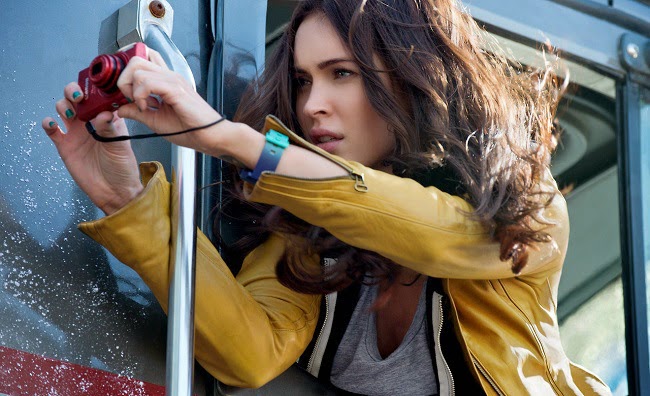 The character side of things came with several surprises. Thankfully, the strongest factor in this element were the four turtles. Though I was not certain on either the character's design of the actor portraying them, I have to say that the latest version of turtles felt like the characters I have known over the years. Even Johnny Knoxville, who came in at the last minute to voice Leonardo, did a good job. Though the turtles would have benefited if the story was centered on them, the characters were still the highlight of the movie. Then there was Megan Fox as April O'Neil. While Megan Fox was not my first, second, third, fourth, or even fifth choice to play this character, I must admit: Fox did an alright job. Sure Fox's performance was by no means ground breaking, but given her past performance, her portrayal of April was tolerable. As for supporting cast, characters like Splinter, Vernon and Shredder, they were alright. Will Arnett provides a fine performance as Vernon while the characterizations of Splinter and Shredder felt true to the characters (even if Shredder's armor was ridiculous).

This movie may not have had complex story or characters, but it was certainly entertaining. The humor for the film had some flaws, but most of the comedy was laughable. The action in the movie added to the entertainment factor. True, I've seen better action this year, but the sequences were still a lot of fun to see; particularly the fight sequences with Shredder. If there was one thing that could get aggravating, it was the camerawork. During the action scenes, the camera was all over the place, while other shots felt too much like a Bay film. However, when it comes to the cinematography, I have seen worse from movie like this; which seems to be the general consensus of this blockbuster. 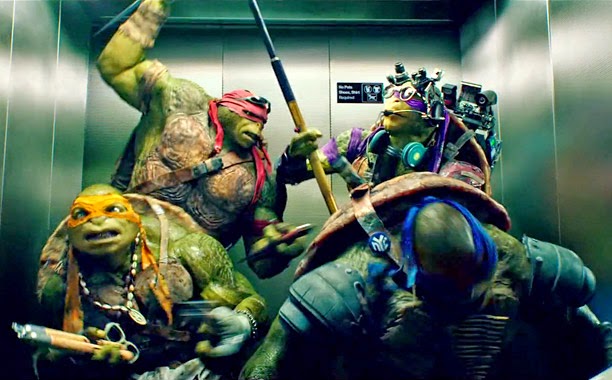 Teenage Mutant Ninja Turtles is by no means a defining film for the turtles. There are many factors that may bother older fans to series, and as movies go, TMNT does not leave a monumental experience. However, for what it was, this reboot was decent enough. The movie had plenty of good things about it such as the Turtles themselves and the exciting action. It is by no means a must see film, but Teenage Mutant Ninja Turtles is a fun film that even turtles fan can enjoy. You just need to bite the bullet on a few things.

Posted by Something Cinematic at 3:56 PM