How to Train Your Dragon 2 Review: The best Dreamworks Sequel to date! 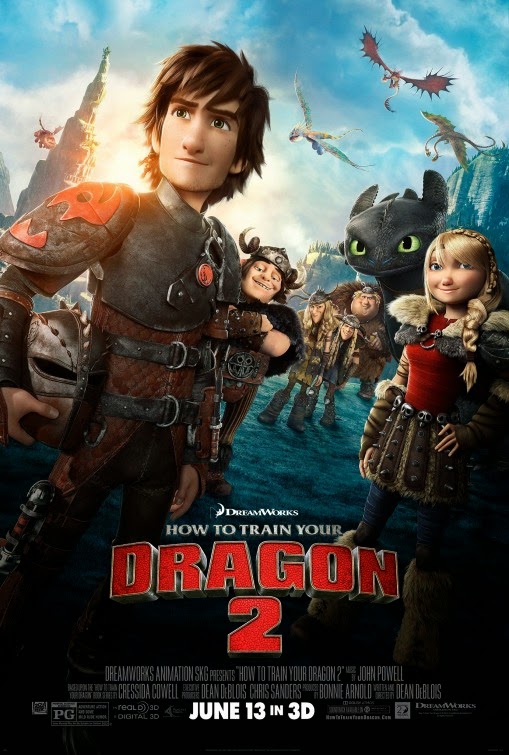 Dreamworks might be one of biggest animated studios in the business today, but they seem to be having problems finding another major hit. While their recent films have not all together failed ( well aside from Turbo), the new films from Dreamworks have not been considered instant classics. So in this time of need, Dreamworks does the only thing it can do and release a sequel to one of their animated blockbuster. What story has Dreamworks continued? Why none then the adventure of Hiccup and his scaling friend Toothless as they take to the skies in How To Train Your Dragon 2.

In 2010, How To Train Your Dragon came to a surprise to most moviegoers (or maybe just me) as the film capture audience with its heartfelt story and terrific animation. Four years later, the tale of viking and dragons finally continue; but is it enough to get Dreamworks out of their rut? Financially I cannot say; but critically, this sequel has something to offer.


The film takes place five years after the events of the first film. As life in Berk flourishes with pet dragons, Hiccup (voiced by Jay Baruchel) is reluctant to  become the next chief of the village. However those fears are put on hold when word of the vile Drago Bludvist comes to Berk. In order to prevent a war, Hiccup sets off to stop the dragon hunter. However he and Toothless' journey leads them to a revelation that will change Berk, and Hiccup, forever. 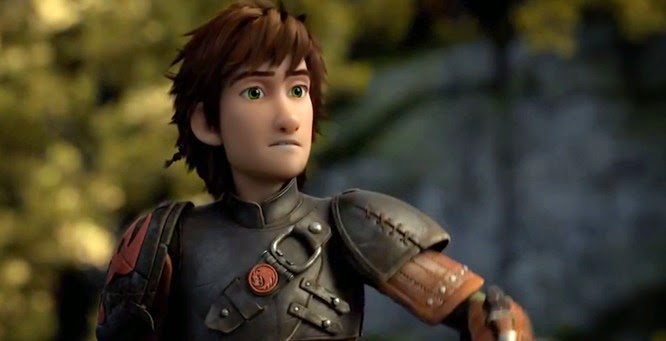 As sequels go, How To Train Your Dragon 2 had a great continuing plot. While five years have past Dragons. The story plays with a lot deep themes like change and family. While these concepts would be pass by in your common animated movie, this film does not fear away from treating its audience seriously. Sure, there is still plenty of charm in this story, and sense of adventure. However, when it comes right down to it, it is the ideals of the plot that glue everything together; much like what its predecessor did in the 2010.
between the two films, I had no problem getting situated back in the world of

Much like the story's ability to grow up, so too have the characters of How To Train Your Dragon. While Hiccup is still awkward and naive, I could tell that this character has matured since the first film. Actually, Baruchel's performance showed a range that I have never had the privilege of seeing from this actor. While Hiccup is our main protagonist, he is only as good as his trusty dragon. While this character has no speaking line, Toothless once again caught my attention through his expression and engaging characteristics. The other returning characters might not have had as much development as Hicupp, but they still work as a great supporting cast. From Gerald Butler's gruff Stoick, to Colin Ferguson's hilarious Gobber and America Ferrera's energetic Astrid, it was great to see that all the returning characters were able to standout as they brought something to the overall cast.

While it great to see familiar faces, it as also good to see some new characters. The major new face is no doubt Hiccup's mother: Vulka (voiced by Cate Blanchett). Like all her roles, Cate Blanchett shows her range by playing a strong female character who is both resilient and complex. It was no shock to hear good performance from Blanchett, but what was surprising was Kit Harington as Eret. While there was not much definition to the dragon trapper, Haringon manage to bring a lot of energy the role of Eret. Then there is the villainous Draogo Bludvist (voiced by Djimon Hounsou). Bludvist may not be considered the best villain froma  Dreamworks films, but his imposing demeanor was enough to it to create the right kind of threat for this movie.

How To Train Your Dragon had some of the best animation I have seen from a Dreamworks film. The 2010 film was rich with colors and definition; which left an everlasting impression on my movie-going experience. Its sequel, on the other hand, not only lives up to its predecessor's trait, but it exceeds it. The animation to How To Train Your Dragon 2 is stunning and gorgeous. From the texture of the colors, to characters' movements, the film's animation was a sight to see as it really showed the best from Dreamworks. Bringing another great factor from the first film was the score from John Powell. The movie's soundtrack worked as great continuation from How to Train Your Dragon by bringing old themes while exploring new areas to the sound of this animated film. 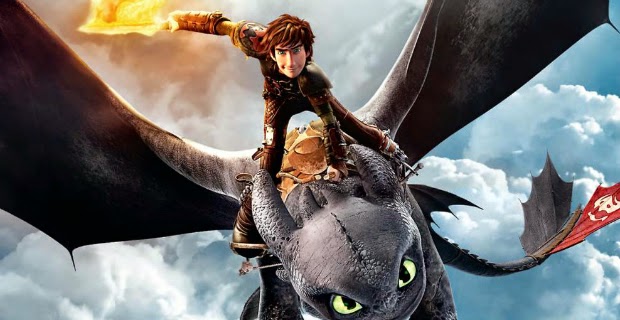 Posted by Something Cinematic at 7:57 PM